Amazon is Not Developing Its Own Line of Wines Quite Yet

Despite the number of reports Thursday, Amazon has not entered the wine business. The confusion seems to stem from a press release from King Estate Winery, which has launched a direct-to-Amazon wine label called “Next.” 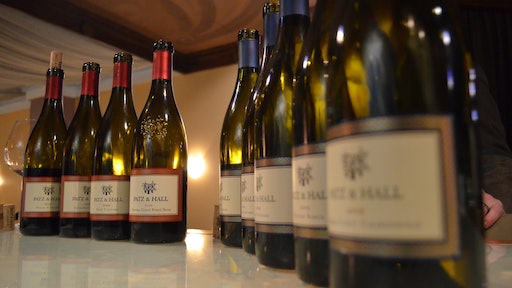 Despite the number of reports Thursday, Amazon has not entered the wine business. The confusion seems to stem from a press release from Oregon’s King Estate Winery, which has launched a direct-to-Amazon wine label called “Next.”

Amazon confirmed with TechCrunch that Next wines are not owned by, nor were they developed in partnership with King Estate, and that Amazon did not collaborate with the winery on their creation.

“Next is not owned nor developed by Amazon,” an Amazon spokesperson told Tech Crunch. “The wine is owned and developed by King Estate and can be purchased on Amazon Wine. Amazon’s role is to give wineries, like King Estate, an innovative format to launch new brands and reach more customers,” they said.

However, there is something unique about the new Next wine—it’s the first label to be sold directly on Amazon Wine. The only other way to buy Next bottles is directly from King Estates itself via its website, Kingvinters.com, which is not yet live. This speaks to the power of Amazon’s marketplace in reaching customers—a winery so believes in the potential for direct to consumer e-commerce sales that it’s developing a brand largely to be sold on Amazon Wine itself.

Integrating data sources into a single customer view to know everything there is to know about a customer is an important step for optimizing and guiding each journey to a natural – and profitable – conclusion.
Redpoint Global
March 31, 2021

The Dark Side of Dark Stores

It has become crystal clear to virtually all supermarket operators that they must be able to compete successfully for online sales if they are to remain financially viable.
Alert Innovation
March 29, 2021

With consumer behavior changing almost immeasurably over the past year, grocers must now think outside the box to keep and increase customer loyalty.
Rajesh Midha
March 27, 2021