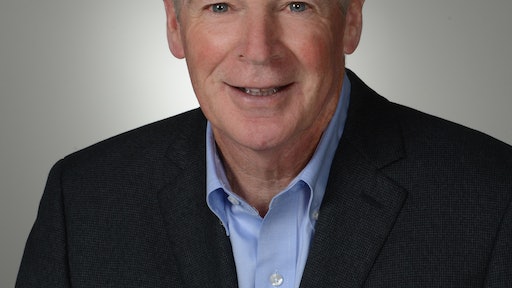 BBX Sweet Holdings, a subsidiary of BBX Capital Corporation, announced earlier this month that it has named Kevin Coen as CEO of its new division, Las Olas Confections and Snacks. Coen joins the company having more than 30 years of experience in managing leading consumer and confectionery brands.

“We are pleased to welcome Kevin Coen, a seasoned industry executive, to our organization,” said Jarett Levan, President of BBX Capital. “His track record of innovation, building brands, developing business strategies, and creating value makes him an ideal fit as we continue to build our infrastructure, grow our current brands and expand and broaden our portfolio into the future.”

Prior to joining Las Olas Confections and Snacks, Coen was president of the Popcorn Factory and Fannie May Brands, divisions of 1-800-Flowers. Prior to that he was CEO of Crabtree & Evelyn, where he was responsible for the North American, European, Middle Eastern and African regions. He also served as division president for Swarovski North America, where he was responsible for the North American consumer goods division and led the U.S. market turnaround and expansion. Coen served as vice president of retail for Lindt Chocolates. There, he developed Lindt’s first retail store concept, significantly grew Lindt’s U.S. retail presence to over 95 stores in 20 states, and was involved with the acquisition of the Ghirardelli Brand, assisting on the integration of the retail business. Coen also was previously a member of the Chocolate Council of the National Confectioners Association.

Las Olas Confections and Snacks produces a number of award winning products. including Droga Chocolates’ Money on Honey. which recently won the 2016 Sofi Award from the Specialty Food Association at the Summer Fancy Food Show, and Anastasia Confections’ Coconut Cashew Crunch. which was the recipient of the 2016 Buyer’s Choice Award for Best New Non-chocolate Confection at ECRM.

All Las Olas Confections and Snacks products are proudly made in the U.S. and can be found in grocery, convenience, mass merchandise, club and drug stores.

Your focus is your business. What’s ours? Protecting your products in transit. Discover how Signode protects products, brands, and bottom lines.
July 1, 2021
Latest

Incorporating Autonomous Forklifts into the Warehouse

The biggest consideration of a warehouse owner should be how exactly the autonomous forklift would blend in the overall function of the warehouse.
Allied Market Research
July 18, 2021

Your focus is your business. What’s ours? Protecting your products in transit. Discover how Signode protects products, brands, and bottom lines.
July 1, 2021

Here's how warehouses can not only beef up their staff immediately, but also prevent future churn by increasing retention, even through a pandemic.
Rufus Labs
July 7, 2021

The cold food industry—from farm to fork---joined forces in a time of crisis to continue pushing food through the chain. Now, one year later, the restaurant revival is in full effect.
Marina Mayer
July 7, 2021

The Restaurant Renaissance: Driver Shortage is Worse Than Pre-Pandemic

Joe Tracy, CEO of Dot Foods, Inc., details why the driver shortage is worse now than it was before COVID-19, and how warehouse automation and other technologies help with staffing challenges.
Dot Foods
July 7, 2021

Your focus is your business. What’s ours? Protecting your products in transit. Discover how Signode protects products, brands, and bottom lines.
July 1, 2021
Follow Us