The seventh GenKey site in Sterling, Ill. consists of 286 GenDrive fuel cell units and is planned to deploy in the third quarter of 2014. 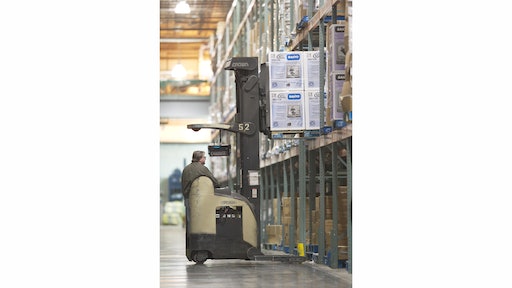 Plug Power Inc. has received a follow-up GenKey purchase order from Wal-Mart Stores, Inc. to add an additional, seventh, GenKey site to the original six-site contract it announced in February 2014. This additional site in Sterling, Ill. consists of 286 GenDrive fuel cell units and is planned to deploy in the third quarter of 2014.

In February 2014, Plug Power received a milestone GenKey order from Walmart to roll out 1,783 GenDrive fuel cells in the forklift fleets at six sites across North America. The first of these sites, in Pottsville, PA, was brought successfully on line during the second quarter of 2014. Plug Power deployed almost 300 GenDrive fuel cell units in Walmart’s class-2 and class-3 electric lift trucks. Additionally, Plug Power built and commissioned Walmart Pottsville’s outdoor and indoor GenFuel infrastructure in less than 13 weeks following the receipt of the initial order.

To date, the GenDrive units in Pottsville have accumulated over 100,000 hours of run-time, and the GenFuel infrastructure has dispensed more than 9,900 kg of fuel. Utilizing its proprietary dispensers, Plug Power ensures a perfect integration of the refueling system with the GenDrive products.

“The original contract deployments are proceeding, and the timely completion of the first GenFuel build helps validate our turnkey capability,” said Andy Marsh, CEO at Plug Power. “We are excited to help Walmart realize the positive impact of GenKey in so many locations in 2014.”

GenDrive fuel cell units are currently powering electric lift truck fleets at four Walmart distribution centers in North America – consisting of two sites in Canada and two sites in the USA. Walmart’s second Plug Power GenKey site, located in Johnstown, New York, is in the final stages of GenDrive deployment, and is already supported by an on-site GenFuel hydrogen infrastructure. The add-on Sterling, Illinois GenKey site is currently in the planning stages and is expected to be deployed by the end of the third quarter.