Overall, there are positives and negatives to automated MFCs for both the grocery and non-grocery market. Long-term though, automated MFCs will be a vital cog in a profitable online grocery platform. 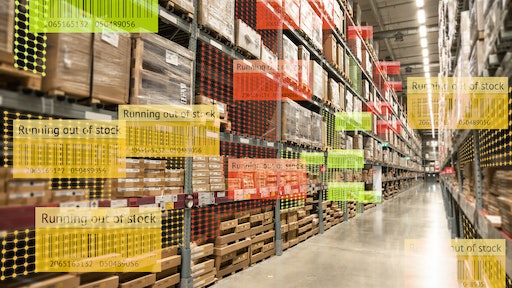 By 2030, Interact Analysis forecasts just over 7,300 automated micro-fulfilment centers (MFCs) to be installed globally, with almost half being within the United States. This is lower than previously expected due to a range of both supply side and demand side factors.

On the supply side, MFCs have experienced a slower roll out of ordered projects than initially expected. Going into 2021, there was a pipeline of more than 60 ordered projects based on vendor interviews last year. Yet the total number of projects installed in 2021 was just 43.

Almost all vendors reported fewer MFC installations in 2021 than they had expected a year prior. However, given the crippling supply chain constraints throughout the year, the number of project installations was lower than these companies had previously stated. With installations taking longer than expected, the evaluation period is also taking longer, which meant that few end-users placed follow-up orders in 2021.

On the demand side, there’s been little hesitancy in the market to roll out automated MFCs at scale. Interact Analysis research for both the 2021 and 2022 edition of this report revealed that the sentiment toward automated MFCs has decreased somewhat, although most surveyed cited this decline on the basis that they’ve not seen their peers roll out MFCs at scale, resulting in a “chicken and egg” scenario. Another factor has been the phenomenal growth of rapid delivery companies. These venture capital (VC)-based online grocery retailers are in a race to provide cheap and convenient online groceries and incumbent retailers are hesitant to join in on the race.

It is important to note that adoption of automated MFCs is far higher in the United States than in Europe. One reason is the U.S.’ sparser population; it is harder to use centralized fulfillment centers (CFCs) to deliver same-day delivery in U.S. suburbs than it is to do so in the densely packed cities of France or Germany. The massive size of U.S. stores (and parking lots) compared to those in Europe is also a barrier to efficient manual picking by U.S. rapid delivery companies, further improving the ROI of U.S. MFCs.

Another point is about delivery expectations. The United States was a late-starter in grocery home delivery. In European countries such as the UK, home delivery has been going on for over a decade. Delivery times were always slower (usually more than 24 hours), and so UK customers still accept this. In the United States, grocery home delivery didn’t really take off until the pandemic, when it was spearheaded by same-day companies. Same-day delivery is therefore now the expectation for many U.S. customers. If grocers want to compete with the same-day delivery commerce sites, they therefore need to match this – and MFCs are one good way to do it.

Overall, there are positives and negatives to automated MFCs for both the grocery and non-grocery market. There is no doubt MFCs improve picking efficiency and are a good solution for same-day home delivery orders. The main drawback is the cost. The ever-growing white-label offerings and the growth of rapid delivery companies is making grocers reluctant to invest in MFCs in the short-term. However, long-term, automated MFCs will be a vital cog in a profitable online grocery platform.

One trend that's here to stay -- grocers are investing in the technological capabilities needed to provide customers with safe, engaging shopping experiences, whether in store or online.
Stor.ai (formerly known as Self Point)
February 3, 2022
Follow Us