Honor Foods is in the final stage of moving its current Philadelphia operation from its North 5th Street location to its new warehouse at 5505 Tacony Street. 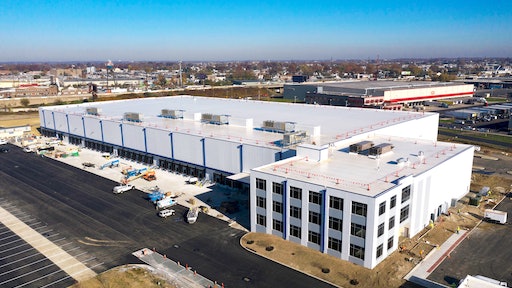 Honor Foods is in the final stage of moving its current Philadelphia operation from its North 5th Street location to its new warehouse at 5505 Tacony Street. The final day of business in its current location will be Thursday, January 7, preparing for a Monday, January 11 opening of the new warehouse. Honor Foods worked closely with the Philadelphia Industrial Development Corporation to identify a suitable site within the city. The 20-acre parcel sits within the former Frankford Military Arsenal site that closed in 1977. Honor Foods is a foodservice redistribution company that purchases food & beverages from manufacturers and sells exclusively to foodservice distributors.

The new warehouse and office will provide Honor Foods with the capacity it requires to broaden its product portfolio to better serve its nearly 800 customers in the Northeast and mid-Atlantic states.

The $50M project will enable Honor Foods to increase its business significantly and will create over 100 new jobs through its first ten years at the new location. Honor Foods just celebrated its 70th year in business. About Burris Logistics Established in 1925, Burris Logistics operates an expanding network of temperaturecontrolled warehousing and distribution centers from Maine to Florida and as far west as Oklahoma.

The activity points to expansion in the industry, particularly for traditional retailers and wholesalers.
CBRE Research
August 15, 2022

In 2022, every grocery store can be an online grocery store. It’s the first step toward courting the modern consumer and solidifying customer loyalty in the midst of this painful period of inflation.
Stor.ai, a Relationshop company
May 20, 2022

Chunker CEO comes on the podcast to discuss flexible warehousing, why it is important today and why those tapping it need to treat their temporary warehouse like a hotel stay.
Chunker
August 31, 2021
Follow Us