The UK’s focus is on infrastructure projects, how to re-stimulate the economy and get business moving again. 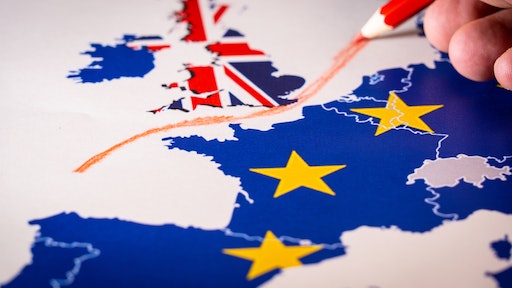 For every procurement manager out there, 2021 has been short of a nightmare. When you factor in a mixture containing a worldwide pandemic, Brexit, labor and truck shortages and rising importing and manufacturing costs, you’ve got yourself a perfect storm.

The global demand for products since the Coronavirus disease (COVID-19) struck has been huge.

The UK’s focus, for example, has been on infrastructure projects, how to re-stimulate the economy and get business moving again. The UK is just one body taking that approach. When you have multiple governments adopting that very same tactic, that puts a huge demand on the supply chains.

As a result, we’re left with what the industry is facing right now -- shortages, extended lead times, extortionate costs at every turn and no end in sight.

However, these issues are not a result of Brexit or even the pandemic. They’re the shoots of seeds and roots that were planted hundreds of years ago. That said, it could well be Brexit and this pandemic that forces the UK to become self-sufficient once again.

Buckle up, it’s going to be a bumpy ride

Is it unrealistic to say the UK is going to continue having these troubles for the next 12-18 months? Not at all.

That assumption is borne out of the natural resource available. It’s borne out of the fact that we’re in a growing economy globally - that has to be the case in order to recover from the problems that have been faced over the last year.

As alluded to earlier, though, it’s those problems that have highlighted the flaws of the nation’s decision-making when it comes to manufacturing and importing over the last century.

The pound is king. It always has been. Most businesses are price-driven, and when taking that approach, you naturally look toward the most commercially viable option. That has meant that, using the UK as an example, prices for materials have risen over the years.

Once it starts to become uncompetitive, businesses will naturally seek to cut that cost by importing and outsourcing. As a nation, we’re not the manufacturer we once were because of those decisions. We have become heavily reliant on importing and that’s meant we have lost control, leaving us where we are. The lengths we went to get personal protective equipment (PPE) into the United States is the perfect example of that.

The pandemic and Brexit have shown the flaws of the historic decisions that were made. However, there are signs that the pendulum is swinging back, but it will not be an overnight fix.

Addressing the labor crisis has to be a priority

Everyone across multiple industries is talking about the labor crisis, whether that be hospitality, retail or manufacturing. The labor shortage.

A recent report highlighted how deep-rooted this issue is, stating that the UK is enduring its worst struggle since 1997 and plunged significantly during June.

Since the pandemic, labor expectations are different. A big part of it is that people have different priorities now. The last 12 months have brought, for many, an entirely different outlook on life and a lot of the labor that previously came from Europe and even further afield have gone back home.

With the uncertainty around COVID-19, they’re not wanting to come back to the UK for the working terms that were previously in place. Why would they? That is going to need to drastic change to attract good people into these labor roles, not just from abroad, but from right across the UK.

The flexibility of working patterns and creating a nice working environment for retention is as important now than it has ever been before.

The actual wage being offered is still a factor, but people’s requirements and expectations of work-life balance have changed, and no matter what industry we’re referring to, businesses have to be flexible to those needs.

Renewed investment in training is required

There has been a lot of talk about the UK experiencing driver shortages, something that, in particular, hit some of the leading supermarkets really hard.

What’s more is, the UK is short of between 60,000-76,000 large goods vehicle drivers. The same report also tells us that the IR35 Reform will likely make it more expensive to hire agency drivers, Brexit could push EU drivers out of the UK and the current driver demographic means that mass retirements are fast approaching.

That stems from training issues and availability. Yes, the pandemic has had a role to play in that, but the issue of training has been growing for some time.

For so long now, there has been a lack of intent to get people trained and that has reared its head during this time of heavy demand where we’re seeing a shortage of labor overseas.

This industry needs apprenticeships. It needs initiatives. And, it needs to offer incentives that are attractive to the UK population again.

Businesses need to be more open-minded than ever before

Prior to the pandemic, China and most of Asia were the key net exporters. However, now they are the net importers.

With previous incentives for exporting steel products removed, the demand is so high now that they are, instead, imposing charges on steel that they are exporting.

There is a general supply and demand issue to overcome across a number of products that affect multiple industries.

For those businesses operating in that space, they’re being hit with extended lead times, caused by the supply and demand issues, and that in turn is affecting trade.

The freight is another issue to consider. Purchasing containers is no longer cost-effective after they hit record prices. Just for context, the cost of shipping a 40-foot container from Asia to northern Europe increased from about $2,000 in November 2020 to more than $9,000 back in January, according to shippers and importers.

The availability has also decreased significantly. There have been huge issues with inconsistency in terms of availability. At this point, businesses are having to pay record-high prices just to get it through the door.

There’s going to need to be a degree of flexibility, leeway and understanding. Businesses will also need an open mind to alternative solutions, some that maybe haven’t been considered before. We have always operated in a buyers’ market, but this situation has flipped that we’re now trying to find our feet in a seller’s market.

We are where we are primarily because of the drive to keep prices low. You could argue there has been less emphasis on quality and not enough on actually supporting the UK. That will be corrected.

There are signs, though, that the pendulum is swinging back the other way in the short term, but because it isn’t just a Brexit or COVID-19 problem - it’s something that has been going on for decades - it’s going to take a long time to correct itself.

We’re in for a tough 12-18 months because, quite simply, the quality of labor and training isn’t out there.

Nursing is a good example of this. For years, they have been underappreciated and it’s only because of this pandemic that the perception is shifting. The construction and manufacturing industries will follow on the back of that.

Longer-term, and with this feeling of the UK needing to be in control of its destiny, so to speak, Brexit could very well be the catalyst that makes the UK self-sufficient once again and rediscover capabilities as a manufacturing powerhouse, as it once was. 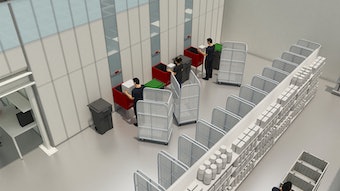 Cold food distributors prepared to adapt and shift to changing industry demands will be the best prepared for success and profitability in the long run.
Made4Net
July 5, 2022