An Overlooked Weapon in the Fight Against Malnutrition: Small Store Logistics

New research has identified a surprising way to combat malnutrition in emerging economies: increase the efficiency of the supply chains that support small retailers. 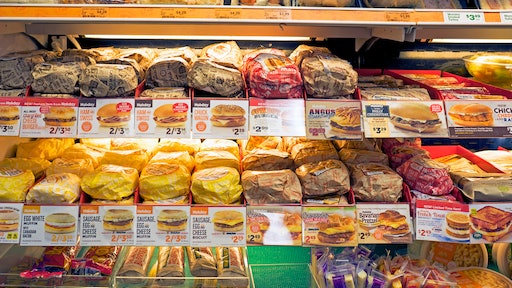 New research has identified a surprising way to combat malnutrition in emerging economies: increase the efficiency of the supply chains that support small retailers.

Traditional neighborhood shops, called nanostores, tend to sell junk food to their customers. Reconfiguring the supply chains that deliver product to these outlets could incentivize them to sell a range of nutritious foods to their low-income customers.

Family-owned nanostores are located throughout urban areas in developing countries. They offer convenience and an assortment of items, and credit facilities for unbanked citizens. In many areas they are the only source of food products.

The ubiquity of nanostores and the critical role they play as community hubs make them a formidable economic force. It is estimated that small stores account for 50 percent of the retail business in developing countries; in India they account for an estimated 95 percent of market share. Consequently, nanostores drive the accessibility and affordability of retail goods in countless low-income communities across the developing world.

In these communities, obesity is a major health issue. For example, in emerging markets some 65 percent of the population suffers from obesity according to World Health Organization estimates. Studies show that rising obesity rates correlate with consumer lifestyle choices as well as the availability of healthy food options.

In developed economies, supermarket chains offer a wide variety of food products to consumers. However, in emerging economies, some 90 percent of the products available from nanostores comprise highly processed, low-nutrition items with high sugar and fat content. Since these items are affordable for customers – about 35 percent of emerging market populations live on less than $8 per day – and have a relatively long shelf life, they represent a low investment risk for store owners.

Researchers from Monterrey Tech, Mexico, Kuehne Logistics University, Germany and the MIT Center for Transportation and Logistics in the United States, studied the buying patterns of nanostore shoppers. They wanted to find out how nanostores might play a role in improving the availability of nutritious foods and hence combat malnutrition in developing countries.

The research team interviewed some 700 consumers in the Mexico City Metropolitan Area. Most of the consumers reported spending at least 30 percent of their income at nanostores every week, with junk foods being one of the most popular items purchased. Interestingly, the higher the percentage of monthly income spent at nanostores the larger the intake of foods with a low nutritional value. As a result, nanostores increase the risk of malnutrition because they limit the dietary choices available to consumers.

In addition, the research suggests that people who habitually buy junk food are generally not willing to walk long distances to retail outlets. This reluctance to travel far to shop makes nanostores an attractive option because they tend to be located less than three blocks away from residences. However, the close proximity of stores limits physical activity – which also contributes to obesity rates.

The study also found that the larger the consumption/demand for junk food, the larger is its production. The wider availability of unhealthy items reinforces their presence in nanostores, encouraging more consumption and making it more difficult for nutritional foods to capture shelf space.

The researchers propose a number of ways to counter the tendency for nanostores to stock junk food.

This can be achieved by:

1.     Decreasing food waste based on improved handling processes in the nanostore supply chains. Fresh foods such as fruits and vegetables are perishable and hence represent more of a risk to retailers than less healthy, packaged items with a long shelf life. Reducing waste would offset this risk and make it easier for nanostores to stock perishable foods and for consumers to access to this type of food.

2.      Reducing the length of supply chains. The presence of brokers and other intermediaries in supply chains lengthens lead times for delivering product and increases costs. Paring supply chains to reduce the number of links creates efficiencies that are passed on to retailers, enabling them to be more creative when choosing which items to sell.

These are tried and tested strategies that could be implemented in emerging markets.

Studies show that nanostores will continue to be a major feature of the retail landscape in developing countries for the foreseeable future. Indeed, the demand for small-format retail outlets is expected to rise owing to the advance of urbanization and increasing consumer demand for convenience. Moreover, it is not only developing countries that need new sources of fresh food; for example, underserved communities in the United States called “food deserts” deprive communities of nutritional food options.

As nanostores serve the most vulnerable communities, it is vitally important that more attention is paid to their role as a source of healthy food. The supply chain solutions outlined above could provide a baseline for reforms that enable nanostores to join the fight against malnutrition.