As big brands have been optimizing production, they are also discontinuing those products that only appeal to a small sampling of consumers. 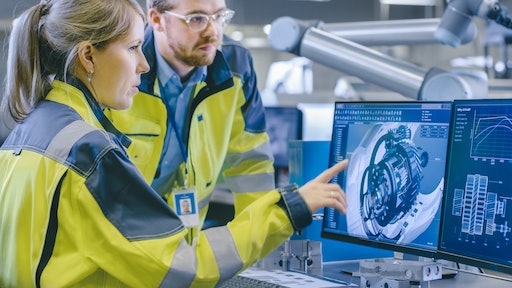 For a brand that can’t keep up with demand for their primary product, it makes no sense to shut down production for pre- and post-production cleaning on line extensions that have unique flavors, but not a big audience.
Getty Images

The COVID-19 pandemic has taken a terrible toll, with more than 2 million confirmed cases and well over 100,000 deaths in the United States alone. It’s also wreaked havoc with the global economy, not to mention how Americans shop and go about their daily lives. It has most definitely changed the supermarket experience and how consumers eat in general. With restaurants throughout the country limited to take-out and delivery, Americans, even those who hate to cook, are preparing and consuming more of their food at home. This has put more pressure on manufacturers and retailers to have products that people want and need on the shelf.

In recent years, many of the oldest and most familiar supermarket brands that have come close to the saturation point in terms of consumer penetration growth have tried to stimulate growth by coming out with unique flavors and new packaging formats that allow them to grab more shelf space and attempt to build some excitement, and ideally, new customers.

But, the current crisis turned that strategy on its head, as volume has, for lack of a better word, gone crazy.

However, since no one planned for this crisis, factories weren’t ready to meet the 20-30% increase in demand, much less making drastic changes to their operations.

Under normal circumstances, a facility might run its manufacturing line for eight hours and spend up to four hours before and up to 16 hours afterwards cleaning and prepping the line to change over to produce that incremental brand extension. But, for a brand that can’t keep up with demand for their primary product, it makes no sense to shut down production for pre- and post-production cleaning on line extensions that have unique flavors, but not a big audience. Instead, manufacturers are cutting out products and flavors that only have limited appeal to service their main line of goods.

As big brands have been optimizing production, they are also discontinuing those products that only appeal to a small sampling of consumers. Once they’ve gone through the pain of phasing out those obscure SKUs, it’s unlikely they will return. And, that means there’s going to be holes on grocery store shelves that are available for somebody else to fill when stores conduct shelf re-sets. This re-engineering will also allow the big brands to see how much cannibalization there really was with their SKU proliferation over the years.

This massive shift among consumers and manufacturers is likely to have a long-term effect on innovation and the introduction of new products, at least from the major players. It can take a major brand up to two years to come up with a new product or line extension of an existing one. And, that’s when they have access to a wide range of tools—multiple iterations of a recipe, sampling, focus groups, at-home trials, concept testing—that have been curtailed by the stay-at-home regimens. You can’t put 20 people in a room right now and say, “Try this and let me know what you think.”

Post-COVID-19, the big brands will be SKU-optimized to such a degree that there will be fewer of those familiar name line extensions in the market, fewer new things for consumers to try and no store sampling or manufacturers’ coupons to stimulate trial. That’s where the opportunity comes in for new players.

Smaller brands on the other hand can often take a product from concept to distribution in 3-4 months, partly because it’s usually only up to a single person—the owner—to make a go/no go decision. And, although it’s difficult for any manufacturer, regardless of size, to introduce a new product right now, what smaller brands can do is use this time to lay the groundwork to respond to the lack of variety in the future.

And, they’re working at it. During this shutdown, there have been a number of companies undergoing remote startups, remote line trials and overnight shipping of samples. It’s not an ideal situation, but small companies can find ways to make it work, while the systems and protocols in place for large companies make it next to impossible for them to move quickly.

A smaller, more nimble company isn’t locked into doing in-home testing, difference testing or other steps that major brands go through. If the owner tries it and likes it and so do his partners, their friends and families, production and distribution get rolling. Because they don’t need multiple layers of consensus, they can introduce product to market at a quicker pace.

This window of opportunity for smaller brands may be relatively short-lived. But, those who can tap into what consumers are looking for right now and get them on supermarket shelves can use the time when the big brands are figuring out what to do next to establish firm footholds that will allow them to hold their shelf space when major brands start innovating again.

With regards to innovation and product development, manufacturers of all sizes will be looking to source more of their ingredients from domestic suppliers. Companies that were over-reliant on raw materials from overseas and didn’t have enough inventory on hand when the crisis hit got pushed to the sidelines. That’s a mistake many companies won’t make again.