During the week of August 1, the number of available loads on the spot truckload freight market increased 0.3%, according to DAT Freight & Analytics. 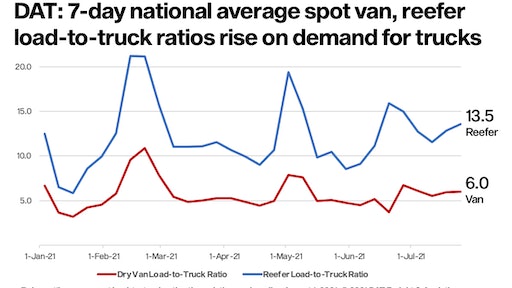 It is typical to see truckload rates decrease after the Fourth of July, however, the numbers were elevated throughout the month of July. Still, volumes declined compared to June, according to DAT.