Postmates received San Francisco's first permit for robot delivery, though it has strict rules that go along with it. 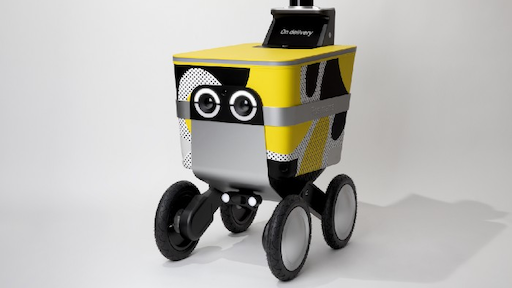 After anxiously waiting clearance, Postmates received a permit to test robot delivery in San Francisco. This is the first permit that the city has issued.

The permit is limited to a certain industrial area of the city and will only allow the company to test three devices at a time. The San Francisco Chronicle reports that the bots can only travel up to 3 mph and can only be tested between 8 a.m. and 6:30 p.m., Monday through Friday. In addition, a human operator has to be within 30 feet.

Postmates hasn't specified its goal for automation, however. Serve, the name of the bot, can carry up to 50 pounds and go up to 30 miles on a single charge. It is unclear what the company plans to use Serve to deliver. Though, Serve is designed to work alongside the company's existing fleet, which represents more than 350,000 independent contractors across the country.

“Technology can be used to enable us to do more. Too often we hear about the fear that robots will replace our workforce, but people are essential to solving problems on the go,” Postmates said in a blog post.

While companies are flocking toward robot delivery, some pedestrians are worried about sharing sidewalks with the technology.

Robotics Growth in the Warehouse

“Most of our sidewalks aren’t big enough for the both of us,” said Pi Ra, an advocate for pedestrian safety with San Francisco Senior and Disability Action, tells the San Francisco Chronicle. The group is concerned whether the devices will crowd sidewalks and potentially frighten those that are hard of hearing.

As part of the permit, Postmates will have to disclose to the Department of Public Works at the beginning of each month what kind of data is being collected by Serve and if any incidents occurred while testing.

While the Coronavirus outbreak will create major challenges to businesses all over the world, it could also present an opportunity for companies to improve their shipping expenses.
Tony Nuzio
March 23, 2020
Follow Us