Walmart has been acting on correlations between weather and store sales on a zip code level with store-level merchandising and hyper-local digital advertising – and achieving big results. 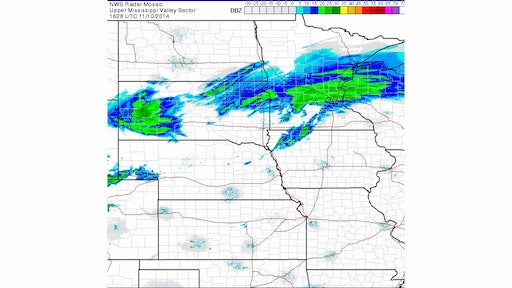 In the second year of an extensive partnership with the Weather Co., Walmart is delving far deeper into sometimes unlikely correlations between weather and store sales on a zip code level, according to Advertising Age. Even when those correlations make no obvious sense, Walmart has been acting on them with store-level merchandising and hyper-local digital advertising – and achieving big results, according to U.S. Chief Marketing Officer Stephen Quinn.

In recent talks at the University of Arkansas' Center for Retail Excellence fall conference, at the Association of National Advertisers Masters of Marketing Conference in Orlando, and with Ad Age, Quinn revealed some of the unusual weather-purchase relationships his team has discovered.

"We didn't know, for example, that when it's low wind, that has some impact on whether or not people will eat berries," Quinn said at the University of Arkansas recently. Ideal berry weather turns out to be low wind with temperatures below 80 degrees. So, Walmart has begun serving up merchandising displays and digital ads for berries in zip codes where such weather exists, and as much as tripling berry sales when it does, he said.

Eighty-six percent of supply chain managers in the United States who are using AI systems for decision-making felt failed during the COVID-19 pandemic.
Secondmind
October 7, 2020