More than two-thirds of manufacturers (67%) were having to shut down their production line for 30 minutes if there was a problem with label printing, with an additional 21% saying the line had to be shut down for more than 30 minutes. 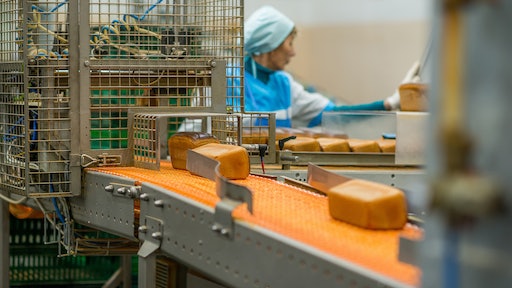 U.S. manufacturers on average incur losses of around $1,174,000 per year due to production line shutdowns caused by label printing problems, according to a study released by NiceLabel.

The study found that on average more than two-thirds of manufacturers (67%) were having to shut down their production line for 30 minutes if there was a problem with label printing, with an additional 21% saying the line had to be shut down for more than 30 minutes. Recovery time was slightly faster. but still problematic for U.S. manufacturers, with just over half (51%) experiencing downtimes of 60 minutes or longer.

“Any business disruption or shutdown can significantly impact any manufacturer causing loss of revenues and ultimately even putting the business itself in jeopardy. The danger of that being caused by mislabeling becomes a growing concern as labeling becomes a key part of business and supply chain strategy,” says Ken Moir, VP marketing, NiceLabel.

The Role of Intelligent Packaging in Supply Chain Transparency

As an industry, we must continue to work together and collaborate with customers to prioritize and realize the benefits of improved efficiency and sustainability across all operations.
Dematic Corporation
September 3, 2021

Nearly 79% of people indicated that they want low- to zero-waste packaged foods, and that pertains to yogurt packaging containers.
EPAM Continuum
September 2, 2021
Follow Us