Food is not just an issue for green-house gas emissions, it also causes a majority of the world's major environmental issues. 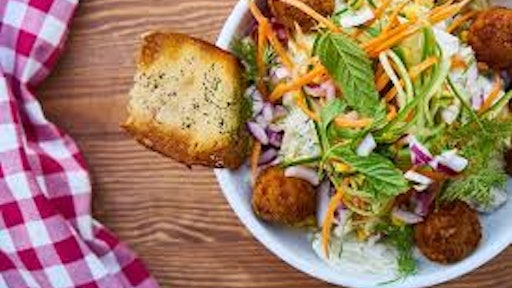 Newsweek reports that adopting a vegan diet is one of the best ways to protect the planet.

According to the publication, researchers found that buying sustainably sourced meat or dairy products won't outdo the benefits that a plant-based diet has on the planet. Newsweek reports that the adoption of planet-based diets has the potential to cut food emissions by upwards of 73 percent. If a vegan diet went global, it would reduce global agricultural land by 3.1 billion hectares.

Joseph Poore, co-author of the study, says that food is not just an issue for green-house gas emissions, but it also causes a majority of the world's major environmental issues.

The study shows that cutting down on animal products by half worldwide, and not buying from high-impact producers would achieve 73 percent of the reduction in emissions of an entire plant-based diet. The study also found that lessening the consumption of oils, refined sugar, stimulants and alcohol by a fifth would slash greenhouse gas emissions by 43 percent.

Newsweek reports that a small number of the producers were responsible for the majority of the environmental impact. Nearly 15 percent of beef production uses 950 million hectares of land globally and creates around 1.3 billion tonnes of CO2 equivalents. Beef allegedly creates 25,000 percent higher greenhouse gas emissions and use 11,000 percent more land than legumes.

The study says that producers can reduce their environmental impact by adopting new technologies.