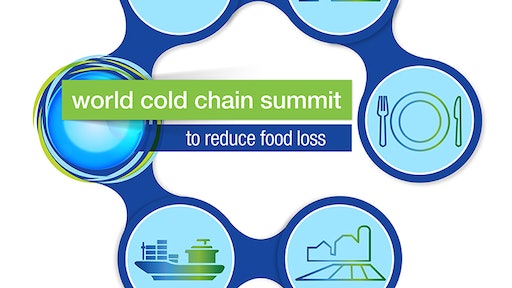 Investment in the cold chain – specifically pre-cooling and transport refrigeration equipment – can reduce food loss by 76 percent and carbon dioxide equivalent emissions (CO2E) by 16 percent.
Those are the results of a pilot study on kinnow, a type of mandarin, commissioned by Carrier and released today at Carrier’s World Cold Chain Summit to Reduce Food Loss, held in Singapore. Carrier is a part of UTC Climate, Controls & Security, a unit of United Technologies Corp.

The pilot study, funded by Carrier, examined the extent to which the cold chain can help increase the quality, reach and profitability of kinnow, a citrus fruit rich in micronutrients and common to the Punjab region of India and Pakistan, by enabling sales out-of-season and in distant markets. This is an area of critical importance to India, which is the world’s second largest producer of fruits and vegetables but accounts for just 1.5 percent of global produce exports due to losses of up to 20-50 percent of total production.

The study was conducted by the Indian School of Business under the direction of the National Center for Cold-chain Development (NCCD) of India and Carrier Transicold India, and in collaboration with Balaji Kinnow, one of the largest aggregators in the Punjab region and the first to use a Carrier pre-cooling system, which is designed for the rapid removal of heat from freshly harvested produce. This process is typically done before the produce is shipped to market or put into cold storage.

A Cold Chain Can Be Simple Yet Effective
Demonstrating positive value for all stakeholders along the supply chain – growers, aggregators, transporters, distributors and retailers – the study corrects misperceptions that the cold chain requires a complex setup from farm to retail, dependence on other stakeholders to invest along the supply chain, and a high cost of investment. The study also provides a general framework for aggregators and distributors to analyze profitability for any crop when using the cold chain.

“The cold chain, simply put, serves as a cross-geographical bridge between a rural source and distant concentrations of consumption,” said Pawanexh Kohli, chief advisor and CEO, NCCD. “The cold chain is a modern agri-logistics system that is transformational in its impact and key to bringing about the next agricultural revolution. We look forward to many more, similar pilots to demonstrate the wide-reaching advantages of the cold chain.”

Besides the economic value, the study also compared the carbon footprint of the kinnow supply chain with and without refrigeration, and determined that the cold chain can have a net decrease in overall carbon footprint when compared with the carbon emissions of kinnow that is lost or wasted.

Expanding Reach and Profits
The study measured the effects of cold storage and refrigerated transport from Abohar, in northern India to Bangalore, in southern India, a roughly 2,500 km (1,600 mi) overland journey that is a four- to five-day drive by truck. This allowed for ample analysis of the time- and distance-related aspects of cold chain investment. Unlike other fruits, kinnow is available only for three to four months a year, is highly perishable and is grown primarily in a few districts of Punjab. To keep spoilage to a minimum, kinnow is best kept at 4- to 5-degrees Celsius and a relative humidity of 85- to 90-percent. Increasing yield and acreage has meant that production is too large for the local market, but there are challenges in distribution to markets that are further away.

“The small percentage of kinnow that is exported to other domestic and international markets is often transported in open trucks, with cumulative losses as high as 32 percent,” said Pankaj Mehta, managing director, Carrier Transicold India, in announcing the results at the World Cold Chain Summit. “Many markets in India and abroad have never enjoyed a flavorful, nutritious kinnow. The challenge is to convince all the stakeholders that the cold chain is a smart investment with a relatively short payback period.”

The study demonstrated that the payback for pre-cooling equipment is only about two years while for refrigerated trucks it is just over four years. Government incentives, which were not included in the study, would only further serve the attractiveness of the investment.

“This project reinforces government commitment to setting up a cold chain infrastructure for local growers,” said Jaspal Bhatti, government representative, Citrus State Abohar. “The cold chain is new technology for growers. After looking at the potential for this technology, the government has already announced subsidies related to the cold chain.”

In all scenarios, profitability improved for the aggregator, distributor and retailer, as follows:

In addition, transporter profitability was 23 percent, based on two trips per month from Abohar to Bangalore using the income from the outbound journey with kinnow.

“There is a strong business case for all the stakeholders to invest in the cold chain for supplying kinnow to Bangalore in the off-season,” said professor ManMohan S. Sodhi, Cass Business School, City, University of London and founding Executive Director of the Munjal Institute for Global Manufacturing at the Indian School of Business.

As a result of the study, Balaji has moved from renting to purchasing refrigerated truck units, along with investing a considerable amount in pre-cooling based on the preliminary results.

“The refrigerated trucks help us to supply kinnows not only to Bangalore but also for export to Russia, Dubai and Bangladesh,” said Surinder Charaya, owner, Balaji Kinnows, underscoring the increase in the geographical reach of the supply chain with cold chain investment.

Mehta reports that distributors and retailers in Bangalore are also strong advocates of the cold chain for kinnow supply, and one distributor has already made considerable investment in refrigerated trucks and cold storage, while another was beginning to invest in the cold chain toward the end of this study.

“Only around 10 percent of perishable foods are refrigerated worldwide, yet refrigeration is the best technology, with no associated risks, to prolong the shelf life of perishable food,” said David Appel, president, Carrier Transicold & Refrigeration Systems. “With new technologies and practices for a more efficient cold chain, significant progress can be made to reduce global greenhouse gas emissions, improve
cross-border economic activity and help reduce hunger. This is what truly excites us, to serve a higher purpose of making life better for people around the world.”

According to a 2015 study produced for the Global Food Cold Chain Council, the introduction of refrigerated technologies in emerging economies can reduce the net greenhouse gas impact of food waste by a factor of 10 to 1. 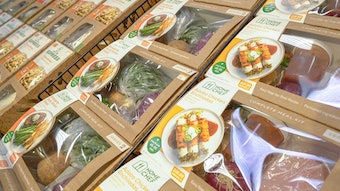 Meal kits are growing in popularity, but do they live up to the hype that is surrounding them? Assistant editor Mackenna Moralez shares her experience.
Mackenna Moralez
February 24, 2021
Latest