The potato companies say the modification will help reduce food waste and therefore help increase food security by keeping potatoes in the food supply that would otherwise be discarded. 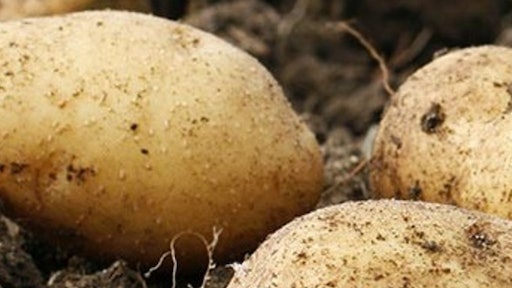 The U.S. Department of Agriculture has officially approved three new genetically modified potato varieties produced by two different companies that have removed the browning and bruising gene found in other potato varieties.

Calyxt, a company based in New Brighton, Minn., had its potato known as “PPO_KO” approved by the USDA, while the J.R. Simplot Co. of Boise, Idaho, was given permission for its “X17” and “Y9” spuds, aka Ranger Russet and Atlantic varieties of the Innate biotech potatoes.

All of three of the genetically modified potato varieties to earn approval this fall did so by meeting the criteria showing they do not contain genes from “plant pests.” By avoiding the “plant pest” label, the potatoes earned the APHIS “Finding Of No Significant Impact” status known as FONSI.

The potato companies say the modification will help reduce food waste and therefore help increase food security by keeping potatoes in the food supply that would otherwise be discarded. By turning off the browning and bruising gene, fewer chips and fries should be rejected for discoloration during production.

Federico Tripodi, Calyxt’s CEO, told the Capital-Press that up to 5 percent of fries and chips are rejected because of such discolorations.