Land ownership and economic power are extremely unequal, and so is the responsibility for deforestation. We need to focus our efforts on the drivers that are most important. 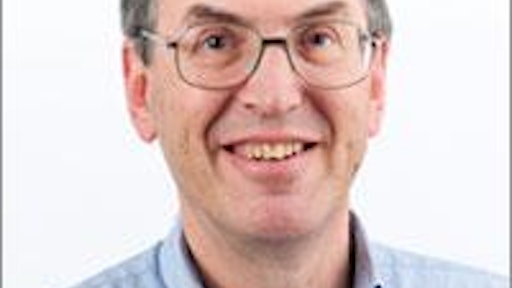 The Union of Concerned Scientists (UCS) has just created a new set of web pages summarizing the latest scientific information on the drivers of tropical deforestation. Even though we published a 120-page book about this issue, The Root of the Problem, just five years ago, what we wrote then is rapidly becoming out of date. And, some of these new studies have changed scientists’ minds about the problem in important ways.

So, what is driving tropical deforestation today—not five or fifteen or fifty years ago? Where is the forest being cleared, who is doing it, and why? What economic forces have the greatest responsibility for the land use change that causes 10% of global warming pollution?

I’d encourage you to look at all the new web pages, which go into lots of detail about many different drivers. But in brief, what they show is that while many forces, regions and agricultural commodities have a role in tropical deforestation, some of them are much more important than all the others. Latin America, the Brazilian Amazon, the beef cattle industry and enormous farms and ranches—these are what dominate deforestation today.

Let’s start with a global view, and then narrow our focus step by step to a continent, a country and a state. At the global level, an important new study by Sabine Henders, Martin Persson and Thomas Kastner, published last December, made it clear which commodity is by far the world’s leading driver of deforestation: beef. Comparing the four top drivers (beef, soy, palm oil and wood products), they found that beef’s share alone was two-thirds of the total. Soy, in second place, added another 15%.

These numbers suggest that we should focus on Latin America, the source of the large majority of tropical beef and soy. And indeed, a recent study by Alexandra Tyukavina and colleagues that estimated the rates of loss of natural forests on a global scale, found that fully 54%—44 out of 77 ½ million hectares—was in Latin America. So, let’s look at a detailed examination of the drivers of deforestation in the South America (which is not all of Latin America, but most of it). This research, by Veronica DeSy and colleagues, found that from 1990 to 2005, fully 71% of the forest clearing was to create cattle pasture, versus just 12% to plant commercial crops (which include soybeans). Smallholder crops were responsible for just 2% of the deforestation.

Brazil, even with its success over the past decade in reducing deforestation, is still the country where the majority of Latin America’s deforestation occurs, so let’s focus in on it. David Lapola et al., in addition to providing data that confirms the overwhelming role of pasture for beef cattle in Brazil’s deforestation, have also shown the great importance of inequality in the ownership of cropland. Large-scale commodity agriculture increased its share of cropland from 53% in 1990 to 70% in 2011, but it produces very little of the rice, beans and cassava that are the staples of the Brazilian diet. That comes overwhelmingly from small farmers, even though they have only 24% of the country’s farmland.

What does this inequality mean for Brazilian deforestation? Recently published research by Peter Richards and Leah VanWey on the state of Mato Grosso—the leader in deforestation when the rate was at its highest, in the early 2000s—showed clearly how deforestation is concentrated on the largest farms and ranches. Properties under 250 hectares in size had only 14% of the total deforestation, while those larger in size were where 49% of deforestation took place. (Property size could not be identified for 33% of the deforestation.) Note also that the 250 hectare cutoff for “small” farms is actually quite large. For example, the traditional U.S.160-acre farm translates to just 65 hectares.

Richards and VanWey show that this was not only the situation for deforestation in the recent past, but is also the case for the threat of deforestation in the future. This is simply because only 3% of the remaining forest is on “small” properties, while more than ten times as much is on the larger farms and ranches (greater than 250 hectares). So, stopping deforestation by the big landholders is of overwhelming importance – not just to Brazil, but to the global climate as well.

Before these recent studies, researchers tended to talk about the locations and causes of tropical deforestation—Latin America, Africa and Southeast Asia; beef, palm oil, soy and timber; small subsistence farmers and large-scale commodity agriculture—as if all of them were more or less equally important parts of the problem. The new data show that they’re not. Land ownership and economic power are extremely unequal, and so is the responsibility for deforestation. We need to focus our efforts on the drivers that are most important—not just for reasons of justice, but also because it’s going to be the only effective way to end deforestation.