Another E. Coli Outbreak Linked Back to Salad Products

The U.S. Centers for Disease Control and Prevention is warning consumers of a new E. coli outbreak that has been linked to Fresh Express Sunflower Crisp Chopped Salad kits. 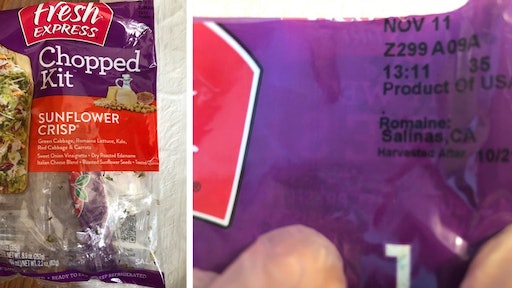 The U.S. Centers for Disease Control and Prevention is warning consumers of a new E. coli outbreak that has been linked to Fresh Express Sunflower Crisp Chopped Salad kits.

The salad mix is sourced from Salinas, California, though, it's unclear if these new cases are connected to a more widespread outbreak from romaine that has sickened over 100 people in 23 states.

Officials are still determining which ingredient in the salad mix was contaminated. However, it is likely that the culprit is the romaine lettuce from Salinas, California.

In November, the CDC issued a food safety alert, urging consumers not to eat romaine lettuce from Salinas, California.

Fresh Express said it's working with the CDC. Salinas Valley produces 60% of the nation's lettuce. Now the CDC telling people to avoid all romaine lettuce grown there until notice.