The FDA has released an environmental assessment that details final findings from this investigation and recommends a number of steps that can be taken to reduce the likelihood of another outbreak from occurring in the future. 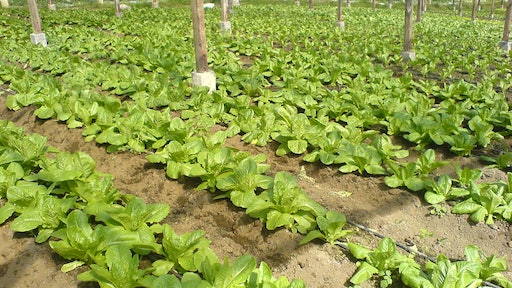 The U.S. Food and Drug Administration (FDA) announced Thursday the findings from its investigation into the largest U.S. E.coli outbreak in decades, which killed five and left hundreds sick.

It was determined in June that tainted irrigation water led to the contamination of romaine lettuce in areas of Yuma, Arizona. Officials linked eight illnesses back to Harrison Farms, but were unable to find a single farm, packaging or distribution site that could be the source of the contamination for other cases.

Because the next romaine growing season for the Yuma region is underway, FDA Commissioner Scott Gottlieb says "it’s critical for all of us to understand what happened, so we can identify the changes that can prevent future outbreaks and reduce the scope of any problems that could arise."

Since the first signs of the outbreak appeared, the FDA has collaborated closely with state, federal and local partners to determine the root cause of the outbreak. Thursday it released an environmental assessment that details final findings from this investigation.

One of the investigation’s main objectives was to identify factors that potentially contributed to the introduction and spread of the strain of E. coli that contaminated the romaine lettuce associated with this outbreak. The FDA, the Centers for Disease Control and Prevention, and the Arizona Department of Agriculture launched an investigation of the outbreak, leading to the collection of samples in Yuma in order to help gather evidence needed to identify the source of the outbreak.

The investigation did not rule out other ways the lettuce became contaminated, though, with Gottlieb noting, "it’s important to note that we have no evidence that any other product grown in Yuma was contaminated by this water."

When and how the irrigation canal became contaminated with the outbreak strain of E. coli is also uncertain.

"We know that a large concentrated animal feeding operation (CAFO) is located adjacent to this stretch of the irrigation canal where the samples were collected. This is one potential source," Gottlieb says. "However, the investigation did not identify an obvious route for contamination of the irrigation canal from this facility. In addition, samples collected at the CAFO did not yield E. coli O157:H7."

The assessment also recommends a number of steps that can be taken to reduce the likelihood of another outbreak from occurring in the future.

"Working with the produce industry to further reduce the risk of outbreaks is a key priority for the FDA," says Gottlieb. "Fully implementing the Food Safety Modernization Act (FSMA) is critical to these efforts. We must continue to advance FSMA’s Produce Safety Rule in collaboration with our state regulatory partners and ensure that we craft agricultural water standards that work across the incredible diversity of commodities and growing conditions."

Because leafy greens are a highly perishable commodity, the assessment notes that the ability to traceback the route of a food product as it moves through the entire supply chain, or traceability, is also critical to removing the product from commerce as quickly as possible, preventing additional consumer exposures, and properly focusing any recall actions.

"During the romaine investigation we found the typical traceback process to be particularly challenging because much of the finished lettuce product contained romaine that was sourced from multiple ranches," Gottlieb says. "As a result, our investigation involved collecting documentation from each point in the supply chain to verify the movement of product back to the Yuma area. Complicating this already large-scale investigation, the majority of the records collected in this investigation were either paper or handwritten."

Going forward, the assessment makes clear that both the FDA and industry must collaborate to explore better ways to standardize record keeping and determine whether the use of additional tools on product packaging could improve traceability.

"We strongly encourage the leafy greens industry to adopt traceability best practices and state-of-the-art technologies to help assure quick and easy access to key data elements from farm to fork," Gottlieb says. "We also strongly encourage the leafy greens industry to explore modern approaches to standardized record keeping and the use of additional tools or labels on product packaging that could improve traceability. We urge all segments of this industry and our government partners to review the findings of our environmental assessment and make necessary changes. For our part, the FDA is exploring ways to best tap into new technologies to significantly reduce the time needed for traceback investigations."

Initiatives by the agency include taking steps to improve its response times and provide actionable information to consumers as quickly as possible. The FDA is also looking at its regulatory options and considering appropriate enforcement actions against companies and farms that grow, pack, or process fresh lettuce and leafy greens under insanitary conditions.

As a next step, the FDA also plans to collect and analyze romaine lettuce samples through a new special surveillance sampling assignment for contamination with human pathogens. This will help the agency determine whether products are safe to enter the U.S. marketplace. If samples are found to be contaminated, the FDA will follow-up with fresh-cut leafy greens processors and their growers or suppliers to determine if these foods were produced under insanitary conditions that render them harmful to consumers and take the appropriate action to remove them from the market.

"We recognize and appreciate the efforts that the leafy greens industry has taken to date, but we know more must be done on all fronts to help prevent future foodborne illness outbreaks," Gottlieb adds. "I remain committed to investing in the FDA’s food program and applying our food safety expertise as we work to better safeguard the U.S. food supply. We want food to be safe because it promotes the American industries that grow and produce these products. That’s part of our dedication to these efforts. But first and foremost, we pursue food safety measures as key parts of our public health mandate to protect American consumers."