The National Chicken Council has asked the USDA to allow poultry plants participating in a new inspection system to operate "at any line speed" they can safely handle, freeing them from the limit that the Obama administration had established. 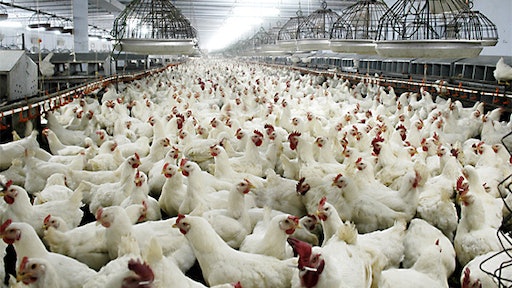 Citing President Donald Trump's calls for deregulation, Republican lawmakers and the chicken industry are aggressively lobbying to speed up poultry inspection lines—a change the Obama administration had rejected after warnings it would endanger workers and increase food contamination.

The National Chicken Council has asked the USDA to allow poultry plants participating in a new inspection system to operate "at any line speed" they can safely handle, freeing them from the 140 birds-per-minute limit that the Obama administration had established for most plants.

The Obama-era cap is an "arbitrary" limit that is holding back the industry's ability to compete in the global marketplace, the National Chicken Council stated in its petition.

Weather-related risk continues to grow as storms become more frequent and grow in intensity -- all the more reason to prepare a solid business resilience plan.
The Risk Institute at The Ohio State University Fisher College of Business
September 18, 2020
Follow Us