The nation’s farms lean heavily on the very group of people targeted by President Trump. 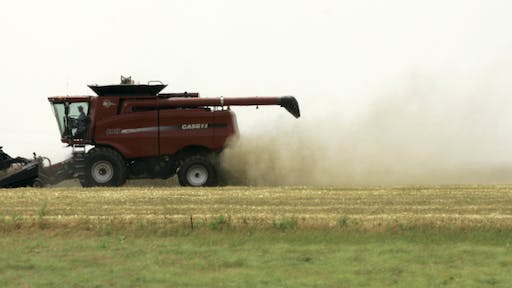 In the spring of 2011, Georgia’s fruit and vegetable growers faced a crippling drought. But it wasn’t for lack of rain; rather, their supply of farmworkers had dried up almost overnight. Typically, migrant pickers made their way north from Florida’s winter tomato fields into Georgia to harvest its Vidalia onions, bell peppers and blueberries. But that year, “they just didn’t come,” says Charles Hall, executive director of the Georgia Fruit and Vegetable Growers Association. The pickers avoided the state, leaving “crops in the field rotting.”

What happened? Just after taking office that winter, Georgia Gov. Nathan Deal signed a bill that, he vowed, would “crack down on the influx of illegal immigrants into our state.” Known in civil-liberties circles as Georgia’s racial-profiling law, House Bill 87 encouraged local police officers to check the immigration status of anyone suspected of violating any regulation, including traffic rules, and imposed harsh penalties on anyone caught “harboring an illegal alien.” The governor probably didn’t intend for his signature immigration law to cost his state’s farm sector loads of cash, but his timing couldn’t have been worse. A shortfall of 11,000 workers—representing about 85 percent of peak employment—caused $75 million in crop losses that spring alone, with a total hit to the state economy of $103.6 million that season, according to a study by the University of Georgia. Neighboring Alabama passed a similar law later that year, spurring its immigrant farmworkers to exit en masse, and costing the state up to 6 percent of its gross domestic product.

And now, the entire country is governed by a chief executive who vows to tackle the problem of undocumented immigration. However, just as in Georgia, the rest of the nation’s farms lean heavily on the very group of people targeted by President Trump. According to the American Farm Bureau Federation, the U.S. harvest requires between 1.5 million and 2.2 million workers annually—and at least half of them are undocumented.