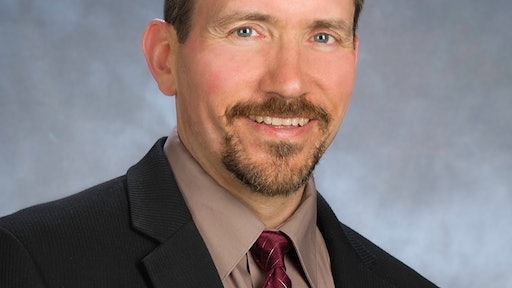 Cargo theft has continued to pose a major threat to countless industries. In 2016 alone, it accounted for $114 million in stolen merchandise, with an average loss value of $206,837.

Last year, 41 percent of cargo theft involved food and beverage losses. The reason? Partially because, in this case, the evidence easily disappears.

Scott Cornell, transportation lead and crime & theft specialist, Travelers Inland Marine, recently caught up with Food Logistics to discuss why the food and beverage industry is most susceptible to cargo theft, and how professionals can protect their goods.

FL: What are the hottest products thieves are stealing from carriers right now? And why might the food and beverage industry be the most at risk?

Cornell: For those of us familiar with cargo theft, it came as no surprise when the numbers came in for 2016, and food and beverage continued in the No. 1 spot for the sixth consecutive year. Many thieves made the switch to food and beverage from electronics in 2010 when the economy took a downturn.

Since then, they have learned a few key things that keep them coming after these products. Food can be consumed quickly, giving law enforcement or industry investigators a relatively short amount of time to make a recovery. Once removed from their packaging, many of these products have little or no identifying information, such as bar codes or serial numbers. These products can be sold quickly and for a profit. But the gap between food and beverage and electronics has narrowed, particularly in Southern California.

FL: Who ultimately pays the biggest price for cargo theft?

Cornell: Like so many other types of theft, the costs ultimately are passed on to the consumer. In this instance, consumers are paying a very large tab; the FBI has estimated that cargo theft costs the nation between $15-30 billion a year.

FL: What are fraudulent carriers? And what steps are they taking to become increasingly manipulative?

Cornell: “Fraudulent carriers” is part of what we call strategic theft, which is when thieves trick carriers into giving them cargo. Identity theft and fictitious pickups are the two most common methods. Identity theft is when thieves steal the identity of a legitimate trucking company, pose as that company, bid on loads through load boards and other methods, then disappear with those loads. A fictitious pickup is when thieves pose as the legitimate trucking company only for the pickup process.

For example, a legitimate trucking company has been hired to pick a load on Friday at 1 p.m., but thieves show up at 11 a.m. on Friday, pose as the legitimate company, and disappear with the load. At 1 p.m., the legitimate carrier arrives and the load is already gone. A fraudulent carrier often creates a trucking company that either appears legal or is legal on paper, but only for the intent of committing cargo theft.

FL: How can carriers protect themselves against cargo theft?

Cornell: Travelers has industry-recognized experts in fighting this type of crime. We work closely with our clients and teach them how to prevent the various types of cargo theft we see. We stress the use of a layered approach that encompasses good process and procedures. This includes driver awareness and possible practices such as observing a red zone once they pick up cargo, so they have enough fuel to drive 200-250 miles before stopping. It also means making sure loads are not staged in places where they are more easily stolen, and good communication methods between drivers and dispatch.

The next layer includes specific types of locks designed to prevent cargo theft, such as king pin locks, air cuff locks, landing gear locks and rear door high security locks. The use of technology also can help, such as covert tracking on the equipment and the cargo itself, systems that can be used to remotely disable a truck so that thieves can’t start it or that enable the dispatcher to shut it off remotely. The key, though, is a layered approach.

FL: Why is it important for companies to insure themselves against cargo theft?

Cornell: Cargo theft happens frequently, and when it does, it can be very costly. It is not unusual for a loss of a trailer load of goods to be worth more than $100,000, and in the case of electronics or pharmaceuticals, to be worth many times that.

You’ll want to be insured for potential losses of that magnitude to ensure that both you and your customers are going to be made whole. It’s important that you have insurance that’s going to respond with the right coverages that fit your company and the role you play in the transportation of goods. Some carriers are not only trucking companies; some have a logistics division, or they have warehouse goods. You need insurance to cover all of these aspects of your business, and make sure that your insurance company takes the time to understand what you d,o so they provide the right coverage.

FL: How has the emergence of the Internet of Things (IoT) throughout the food supply chain affected cargo theft? What types of technology is most at risk?

Cornell: The IoT definitely is a hot topic, and we are seeing an increased use of technology in committing cargo theft. Over the past few years we’ve seen the use of 3-D printers to duplicate security seals. We’ve seen the use of “sniffers” (devices that can detect covert tracking devices) and jammers to jam those tracking devices. There also have been cyber methods used to commit cargo theft. There are a variety of methods thieves can use to gain access to a company’s server, and from there they have all the information they need: what is being moved where, on what days and for whom. This information can be used to enhance some of the methods we discussed such as fictitious pick-ups and identity theft.

The Future of Food and Beverage Cargo Theft—and Security