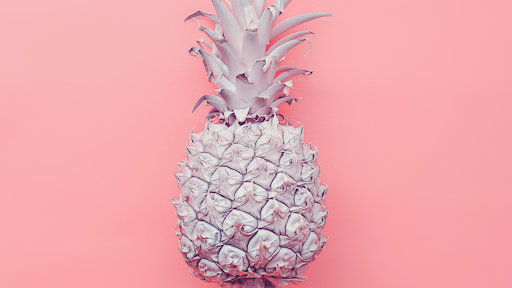 The U.S. Food and Drug Administration announced Wednesday it has completed its evaluation of a variety of pineapple genetically engineered by Del Monte Fresh Produce (DMFP) to have pink flesh, concluding that there are no unresolved safety or regulatory questions about the pineapple.

DMFP submitted information to the agency to demonstrate that the pink flesh pineapple is as safe and nutritious as its conventional counterparts. DMFP’s new pineapple has been genetically engineered to produce lower levels of the enzymes already in conventional pineapple that convert the pink pigment lycopene to the yellow pigment beta carotene. Lycopene is the pigment that makes tomatoes red and watermelons pink, so it is commonly and safely consumed.

DMFP participated in a voluntary consultation with FDA’s Office of Food Additive Safety about the pineapple. During that consultation, DMFP submitted information to FDA scientists regarding characteristics of the new plant variety, the nature and effect of the genetic change, potential unexpected or unintended effects that could accompany the genetic change, and the nutritional assessment. After review of that data FDA scientists concluded that there were no unresolved safety or regulatory issues under the Federal Food, Drug and Cosmetic Act (FD&C Act) for the genetically engineered pink flesh pineapple.

A consultation is not synonymous with FDA approval. Rather, it is voluntary and helps developers of food ensure that foods derived from new plant varieties are safe and comply with the FD&C Act and FDA’s regulations.

Although DMFP will market this pineapple in the United States, they are not planning on growing it here. The company is working with the government of Costa Rica on this matter.