Last week, Sen. Barbara Boxer of California, Richard Blumenthal of Connecticut, and Rep. Peter DeFazio (D-Ore) announced the reintroduction of a federal bill that would mandate the labeling of foods or beverages containing GMOs. 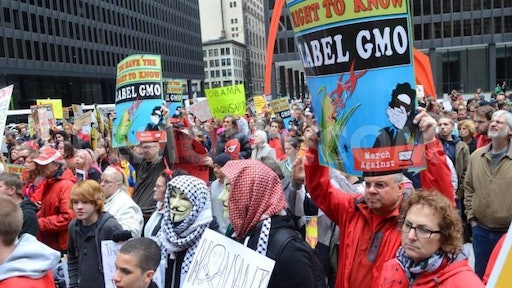 Attorneys Mina Nasseri and Daniel Herling have written a blog questioning the most recent attempt to introduce a federal bill to mandate labeling of foods and beverages containing genetically modified organisms (GMOs). The attorneys work for Mintz Levin Cohn Ferris Glovsky and Popeo PC, which has offices in several U.S. cities, the United Kingdom and Israel.

Last week, Sen. Barbara Boxer of California, Richard Blumenthal of Connecticut, and Rep. Peter DeFazio (D-Ore)–joined by celebrity chef Tom Colicchio–announced the reintroduction of a federal bill that would mandate the labeling of foods or beverages containing GMOs. The bill is Senator Boxer’s second attempt at GMO labeling legislation; in 2013 she introduced similar legislation which ultimately died in committee.  Considering the first attempt at such legislation was a mere two years ago, one has to wonder: will things be different this time around?  We don’t know the answer for certain, but here are some points to consider: