ALDF claims foie gras consists of the pathologically diseased livers of ducks and geese, who are force-fed massive amounts of grain, which causes their livers to swell to up to 10 times their normal size and induces painful conditions in the birds. 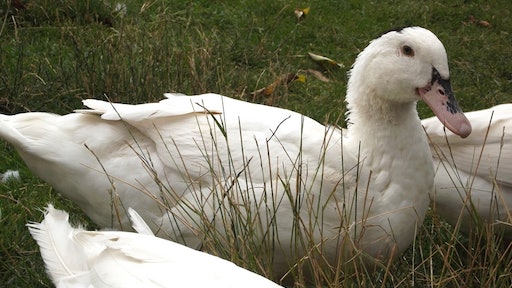 The Animal Legal Defense Fund is also working to uphold California’s landmark ban on foie gras against an ongoing attack from the makers and purveyors of this cruel product.

The Animal Legal Defense Fund (ALDF), a legal advocacy organization for animals, made arguments in District Court in Los Angeles Monday against the U.S. Department of Agriculture (USDA) for allowing a diseased poultry product—specifically, foie gras—into the food supply.

The suit stems from a petition for rulemaking asking the USDA to keep foie gras out of the food supply as required by the federal Poultry Products Inspection Act. The USDA denied the petition, leading the Animal Legal Defense Fund (ALDF) to seek relief in the courts.

ALDF claims foie gras consists of the pathologically diseased livers of ducks and geese, who are force-fed massive amounts of grain, which causes their livers to swell to up to ten times their normal size and induces numerous painful conditions in the birds.

A 2007 study published by the National Academy of Sciences linked the consumption of foie gras to secondary amyloidosis—the build-up of abnormal proteins in tissues and organs—in humans. People with chronic inflammatory disease, including the 1.3 million Americans who suffer from rheumatoid arthritis, are at greater risk for developing secondary amyloidosis after eating force-fed foie gras, ALFD claims.

“Foie gras is not only the product of animal torture, but of intentionally-induced liver disease,” says Animal Legal Defense Fund Executive Director Stephen Wells. “Given the potentially serious consequences of eating this diseased organ, the government should be safeguarding the consuming public from it, not fighting to keep it in our food supply.”

The Animal Legal Defense Fund is also working to uphold California’s landmark ban on foie gras against an ongoing attack from the makers and purveyors of this cruel product.

One of the primary drivers behind the industry’s sea change is the increasing demand by consumers for validation that their food is actually what it purports to be.
Niels Andersen
December 1, 2020
Follow Us