Even if you have a standard quality control procedure for all of your sources, you’re not going to be able to monitor them on-site at every location. You’re going to have to put your trust in the suppliers to live up to the expectations. 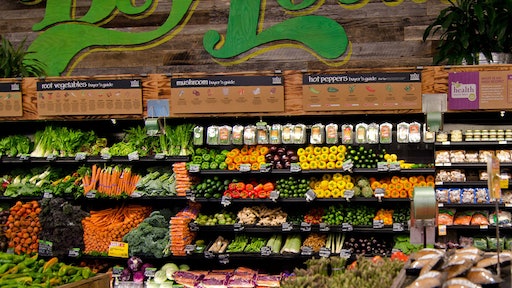 The foodborne illness problems afflicting Chipotle demonstrate the problems that local food sourcing can create. John Quelch, who teaches at Harvard Business School and at Harvard’s T.H. Chan School of Public Health, explained the challenges of local sourcing, how companies can manage them, and what food supply chains will look like in the future in a recent interview with Harvard Business Review. Quelch has written a case study about food safety testing and is the author of “All Business Is Local.”

Following are excerpts from the interview.

HBR: Chipotle emphasized a shorter supply chain and sourcing from local growers. However, you’ve made the point that even though there are fewer intermediaries between supplier and restaurant, its operations can actually end up being more complex and fragmented, and therefore harder to control for safety. How can this be?

QUELCH: Chipotle is sourcing from multiple suppliers around the country. Comparatively speaking, a company like McDonald’s or KFC sources all of its chicken from maybe five or six large suppliers, such as Tyson Foods and other companies. Tyson chickens would be shipped direct from their plants frozen or refrigerated to McDonald’s or KFC distribution centers and outlets nationwide. McDonald’s or KFC might have their own inspectors on-site at the largest chicken farms and processing centers. They would also impose strict quality controls in each supplier’s plants, and testing procedures would also be laid down.

Chipotle aimed to differentiate itself from other quick-serve restaurants on the basis of using local ingredients and local sourcing of its products. The implication was, “Our food is fresher, we’re not going to be shipping ingredients from one side of the country to another.”

However, local sourcing adds complexity, increases risk and fragments the supply chain. Even if you have a standard quality control procedure for all of your sources, you’re not going to be able to monitor them on-site at every location. You’re going to have to put your trust in the suppliers to live up to the expectations laid down in the quality control guidelines.

Why isn’t that sufficient when it comes to local suppliers?

Companies like Tyson have decades of experience in testing and making sure their products are safe. They’re producing massive quantities in a single plant. If there’s a food safety problem, it’s going to risk the shutdown of a significant portion of their production capacity and that can have serious profit consequences. As a result, their sophistication and experience in terms of food testing is very good.

Of course, there are many concerns over how they treat animals at their plants. These are legitimate concerns from an animal rights point of view. But in terms of public health, these companies have a lot at stake financially and reputationally if any one of their plants has to be taken offline because of a food safety problem.

Regulations and the Local Food Movement

In the end, food companies must balance the process efficiencies and controls that data transmission and functionality over the internet provide with the risk of cyberattacks that cripple production.
Holland & Hart LLP
August 8, 2021
Follow Us