DHS Secretary Jeh Johnson said the Transportation Security Administration is deploying additional security to major city airports in the United States, and at various rail and transit stations around the country following the terror attacks in Brussels. 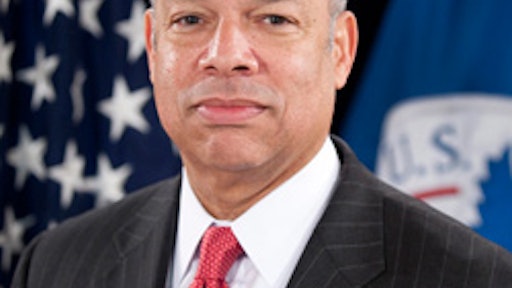 The Transportation Security Administration “is deploying additional security to major city airports in the United States, and at various rail and transit stations around the country,” says DHS Secretary Jeh Johnson.

The Transportation Security Administration “is deploying additional security to major city airports in the United States, and at various rail and transit stations around the country,” DHS Secretary Jeh Johnson said, following the terror attacks at the Brussels, Belgium airport and subway station, according to The Wall Street Journal. TSA also is “working closely with state and local law enforcement, airport and transit authorities, and the aviation industry” to augment security, he said.

The initiatives, however, didn’t include immediate changes to airline passenger screening procedures or access to terminals, according to two people familiar with the details. DHS officials urged agencies, where feasible, to post personnel outside terminals as well as at checkpoints or along roadways leading to airports, according to the two people briefed on the specifics.

On Tuesday afternoon, a portion of the main terminal at Denver International Airport was evacuated while police investigated what was described as “a possible security threat,” according to the airport’s twitter account.

Editors Insight: Yesterday’s terrorist attack was a reminder that terrorism remains a threat to supply chains. Cargo flights were canceled at the Brussels airport along with passenger flights. The food industry has been focusing most of its attention on food safety requirements under the Food Safety Modernization Act (FSMA). But the terror attack reminds us that disruptions to normal supply chain activity can occur at any time and require contingency plans.

Terror incidents are likely to increase as governments have been unable to contain them. Supply chain companies need to have disaster plans in place as terrorists will continue to target transportation hubs like airports, train stations and other transportation facilities. 3-23-16 By Elliot Maras

Improving Safety and Security Throughout the Food Supply Chain

Food brands need to elevate their ESG initiatives, and as part of this effort, must determine whether their suppliers are practicing proper safety protocols and supporting ESG goals.
RizePoint
August 16, 2022
Follow Us