European businesses that have been used to an open border policy are expecting the slowdowns to increase as new border control measures are put in place. 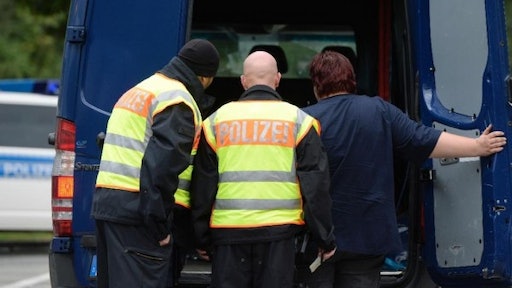 With all the calls to dump the open border policy, multinational firms, in particular, could be vulnerable.

Food shipments in Europe are starting to see some slowdowns on account increased inspections caused by the recent terror attacks in Paris, according to marketplace.org. European businesses that have been used to an open border policy are expecting the slowdowns to increase as new border control measures are put in place.

Meanwhile, companies whose job it is to move goods around are taking notice and preparing. Troy Cooper, a senior executive with XPO Logistics, said so far, delays are limited and he hasn't seen any significant slowdowns in shipments. Nevertheless, he said, “we expect in the future that there will be different border controls that we’ll experience delays, but we’ll adapt our optimization of schedules and make sure we are notifying customers.”

With all the calls to dump the open border policy, multinational firms, in particular, could be vulnerable. Yossi Sheffi, a transportation logistic expert at MIT, said they may have to bring back some old strategies.

“It used to be that they had a distribution center in every European country. It was a very inefficient system," Sheffi said. "The system now is much more efficient as long as the borders are open, and allow for free flow of goods.”

Right now, many Europeans want the free flow of goods — and people — stopped.

Editors Insight: It will take some time before we know what impact the global war on terror has on global trade. Public sentiment is forcing European governments to reconsider open borders. People in the supply chain industry expect restrictions to be enacted, which will change the economics of global trade.

There is a chance that food and beverage companies operating in different countries will find it makes sense to have more distribution centers.

The concern is not limited to Europe, nor is it limited to changes in border inspections. Terrorism is growing and all businesses engaged in transportation and warehousing need to consider additional safety measures to protect assets and personnel.

There are companies that specialize in providing advice about security threats in foreign markets. Such companies are growing as more businesses join the global economy.

An article in the online version of the August Food Logistics e-book has an overview of how a global security firm assists supply chain companies in assessing physical security risks. The company, Alexandria, Va.-based Tate Global, assesses threats to infrastructure, the local business environment, and local government practices that could affect business. To read the article click here. 11-18-15 By Elliot Maras