U.S. Chief Judge B. Lynn Winmill of the District of Idaho swept away the state's ban on the grounds that the law violated the 1st Amendment and selectively targeted activists or journalists who might be critical of factory farm practices. 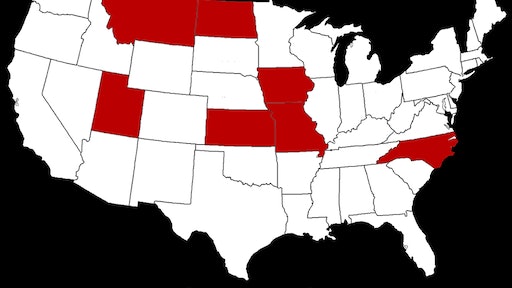 The lawsuit was brought by the Animal Legal Defense Fund and PETA.

Animal rights advocates called the ruling the first such defeat for a so-called ag-gag law in the U.S. The laws have gained popularity in some states as activists continue to publish undercover videos showing animal abuse at facilities around the country.

U.S. Chief Judge B. Lynn Winmill of the District of Idaho swept away the state's ban on the grounds that the law violated the 1st Amendment and selectively targeted activists or journalists who might be critical of factory farm practices.

"The effect of the statute will be to suppress speech by undercover investigators and whistleblowers concerning topics of great public importance: the safety of the public food supply, the safety of agricultural workers, the treatment and health of farm animals, and the impact of business activities on the environment," Winmill wrote in a summary judgment.

The judge said that "the facts show the state's purpose in enacting the statute was to protect industrial animal agriculture by silencing its critics."

The Week Ahead in 60 Seconds: 'How Drones Could Compete Against Ag-Gag Laws'

Ag-Gag Law In Idaho On Fast Track For Approval