In his effort to put food companies on warning, Associate Attorney General Stuart Delery spoke to food manufacturers at a safety meeting in Dallas last month. 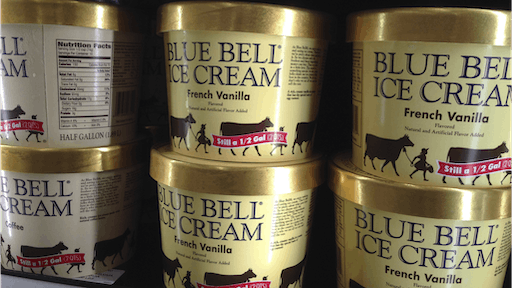 WASHINGTON (AP) — Following a deadly listeria outbreak in ice cream, the Justice Department is warning food companies that they could face criminal and civil penalties if they poison their customers.

"We have made a priority holding individuals and companies responsible when they fail to live up to their obligations that they have to protect the safety of the food that all of us eat," Associate Attorney General Stuart Delery said in an interview with The Associated Press.

After years of relative inactivity, the administration has stepped up criminal enforcement on safety cases. In the most high-profile case, a federal court in Georgia last year found an executive for the Peanut Corporation of America guilty of conspiracy, obstruction of justice, wire fraud and other crimes after his company shipped out salmonella-tainted peanuts that sickened more than 700 and killed nine in 2008 and 2009.

Delery, the No. 3 official at the Justice Department, wouldn't say whether the government plans to pursue charges against Texas-based Blue Bell Creameries, which recalled all its products and shut down production earlier this year after listeria in the company's ice cream was linked to illnesses and three deaths. A Food and Drug Administration investigation found that Blue Bell knew that it had listeria in one of its plants for almost two years before the recall.

"I will say we are following the reports and working with our agency partners, obviously, as they conduct their reviews and investigations," Delery said of the Blue Bell investigation and other recent outbreaks, including deaths linked to listeria in caramel apples. "What I can say is we're committed to staying on top of outbreaks and evaluating potential cases as the evidence warrants."

Other recent actions prompted by the Justice Department during the Obama administration:

— A 2013 guilty plea from Colorado brothers who grew and sold listeria-tainted cantaloupe that killed more than 30 people in 2011.

— A 2014 plea deal, resulting in prison time and millions of dollars in fines, between the government and an Iowa egg company and its executives. An outbreak of salmonella linked to the eggs sickened almost 2,000 people in 2010.

— A May 2015 settlement with ConAgra Foods for $11.2 million after the company shipped Peter Pan peanut butter tainted with salmonella from a plant in Georgia, sickening more than 600 people in 2006. That sum includes the highest criminal fine in a U.S. food safety case.

Bill Marler, a food safety lawyer who has represented victims in many of those cases, says Justice's recent activity is especially notable because in many of the cases, company executives didn't know they were shipping out tainted food, but they were hit with criminal charges anyway.

"It's been very much of a sea change," Marler said. "Once you start down this road you have to decide whether you are going to do it all the time or selectively."

Delery notes the department has gone after some of these companies with laws that aren't directly related to food safety, such as those prohibiting wire or mail fraud.

In his effort to put food companies on warning, Delery spoke to food manufacturers at a safety meeting in Dallas last month. He said the majority of American food is safe, but "even a tiny minority" can cause harm.

"The criminal prosecutions we bring should stand as a stark reminder of the potential consequences of disregarding danger to one's customers in the name of getting a shipment out on time — of sacrificing what is right for what is expedient," he told the food companies.

The food industry says it is on board with regulation and enforcement.

"Product safety is the foundation of consumer trust, and our industry devotes enormous resources to ensure that our products are safe," said Pamela G. Bailey, president and CEO of the Grocery Manufacturers Association, the leading trade group for the industry.

Copyright 2015 The Associated Press. All rights reserved. This material may not be published, broadcast, rewritten or redistributed.