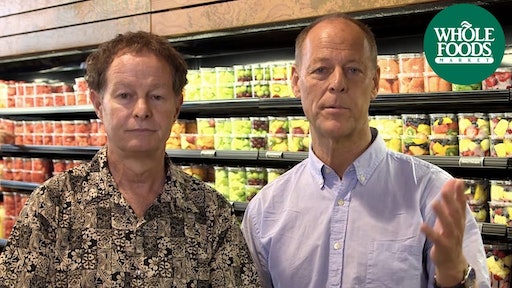 On Wednesday, Whole Foods Market co-CEOs Walter Robb and John Mackey, in a video released online, acknowledged that customers were charged incorrect prices for some of their products, put the blame on some employees and apologized, according to The Washington Post.

“Straight up, we made some mistakes,” Robb said in the video. “We want to own that and tell you what we’re doing about it.”

The pair explained that the stores’ fresh products, including sandwiches, squeezed juices and hand-cut fruit, were often weighed or labeled improperly, with store employees labeling their pre-packaged products at prices higher than they should have been. Mackey said there have been a “very, very small percentage” of weighing errors.

Moving forward, the company says it plans to increase training in its New York stores and elsewhere. They will also start a “third party auditing system” to monitor their progress as they work to address the issue, and will provide the results publicly in 45 days.

Plus, from now on if there’s a mistake not in your favor, they say, you get the item for free.