The new report from the CDC summarizes the rates of infection per 100,000 population and tracks illness trends for key foodborne illnesses. 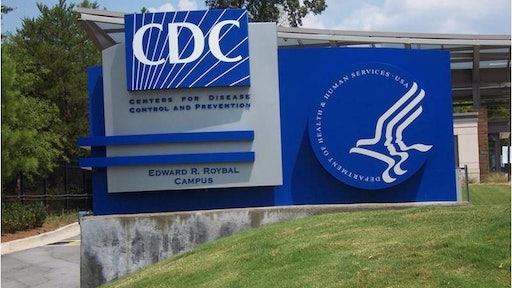 In 2014, rates of infection from a serious form of E. coli and one of the more common Salmonella serotypes decreased compared with the baseline period of 2006-2008. Meanwhile, some other less common types of Salmonella increased. Campylobacter and Vibrio rose again in 2014, continuing the increase observed during the past few years, according to data published today by the Centers for Disease Control and Prevention. The report summarizes the rates of infection per 100,000 population and tracks illness trends for key foodborne illnesses.

Infection with Shiga-toxin producing E. coli O157, which can sometimes lead to kidney failure, decreased 32 percent when compared with 2006-2008 and 19 percent when compared with the most recent three years. These infections are often linked to consumption of undercooked ground beef and raw leafy vegetables. Salmonella Typhimurium, which has been linked to poultry, beef, and other foods, was 27 percent lower than it was in 2006-2008, continuing a downward trend begun in the mid-1980s. Two other less common types of Salmonella, Javiana and Infantis, more than doubled for reasons that are unclear. Salmonella Javiana is concentrated in the southeastern United States, but has been spreading within the Southeast and to other areas of the country. However, when all Salmonella serotypes are combined, there was no change in 2014. Campylobacter increased 13 percent and Vibrio increased 52 percent compared with 2006-2008. Yersinia has declined enough to meet the Healthy People 2020 goal.

The data are from FoodNet, CDC’s active surveillance system that tracks nine common foodborne pathogens in 10 states and monitors trends in foodborne illness in about 15 percent of the U.S. population. The report compares the 2014 frequency of infection with the frequency in the baseline period 2006-2008 and in the three most recent years. Overall in 2014, FoodNet logged just over 19,000 infections, about 4,400 hospitalizations, and 71 deaths from the nine foodborne germs it tracks. Salmonella and Campylobacter were by far the most common– accounting for about 14,000 of the 19,000 infections reported.

“We’re cautiously optimistic that changes in food safety practice are having an impact in decreasing E.coli and we know that without all the food safety work to fight Salmonella that more people would be getting sick with Salmonella than we are seeing now,,” said Robert Tauxe, M.D., deputy director of CDC’s Division of Foodborne Waterborne and Environmental Diseases. “The increasing use of whole genome sequencing to track foodborne illness cases will also help; however, much more needs to be done to protect people from foodborne illness.”

The recent decline in the incidence of Shiga toxin-producing E. coli (STEC) O157 follows several years of increasing scrutiny for beef products. Since 1994, the Food Safety and Inspection Service of the U.S. Department of Agriculture has taken STEC O157:H7 extremely seriously and made a number of changes in its regulatory oversight of the beef industry to protect public health.

"We are encouraged by the reduction of STEC O157:H7 illnesses, which reflects our science-based approach to beef inspection, and we look forward to seeing further reductions in Salmonella and Campylobacter infections as our improved standards for poultry take effect later this year, " said Al Almanza, deputy undersecretary for food safety at USDA. "Data sources like FoodNet allow us to be strategic in developing our food safety policies, and we will do everything within our power to keep reducing cases of foodborne illness from all meat and poultry products."

Under the provisions of the FDA Food Safety Modernization Act, the U.S. Food and Drug Administration is planning to publish major new regulations in 2015. The regulations are geared toward ensuring produce safety, implementing preventive controls on processed foods, and improving the safety of imported foods.

“Prevention of illness is the fundamental goal of our new rules under the FDA Food Safety Modernization Act,” said Michael Taylor, deputy commissioner for foods and veterinary medicine at FDA.  “We have worked with a wide range of stakeholders to devise rules that will be effective for food safety and practical for the many diverse elements of our food system. Once the rules are fully implemented, FoodNet will help us evaluate their impact.”

The FoodNet report also includes results of culture-independent diagnostic tests (a new method for diagnosing intestinal illnesses without needing to grow the bacteria) done in the many hospital laboratories in the FoodNet sites. In 2014, the results of more than 1,500 such tests were reported. More than two-thirds of the tests were for Campylobacter. Other tests performed were for STEC, Salmonella, Shigella and Vibrio. Some of the tests had a positive result. However, the infections were not confirmed by culture, and so CDC experts did not include them in the overall FoodNet results for 2014.

For more information on avoiding illnesses from food, visit www.foodsafety.gov.

CDC Links Soft Cheese To To 24 Illnesses And One Death