The Agriculture Department has spent at least $45 million responding to the U.S. outbreak, including costs for testing, quarantines around infected facilities, and compensation for producers whose birds have been killed by the virus or culled. 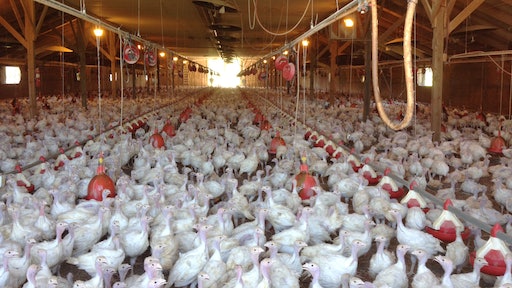 The country’s poultry industry may have to live with a deadly bird flu strain for several years, the U.S. Department of Agriculture’s chief veterinary officer said Thursday, April 16, 2015 on a visit to Minnesota, the state hit hardest by outbreaks that have cost Midwest producers over 2 million turkeys and chickens.

Iowa, the top U.S. egg-producing state, found a lethal strain of bird flu in millions of hens at an egg-laying facility on Monday, the worst case so far in a national outbreak that prompted Wisconsin to declare a state of emergency, according to Reuters.

The infected Iowa birds were being raised near the city of Harris by Sunrise Farms, an affiliate of Sonstegard Foods Co., the company said.

The facility houses 3.8 million hens, according to the company, which sells eggs to food manufacturers, government agencies and retailers.

"We went to great lengths to prevent our birds from contracting AI (avian influenza), but despite best efforts we now confirm many of our birds are testing positive," Sonstegard said in a statement.

The flock has been quarantined, and birds on the property will be culled to prevent the spread of the disease, the U.S. Department of Agriculture said. The virus can kill nearly an entire infected flock within 48 hours.

The Agriculture Department said the Iowa flock numbered 5.3 million birds. The larger figure likely represents the capacity of the farm, while the company number was the actual number of birds on site, said Bill Northey, Iowa's secretary of agriculture.

A loss of 3.8 million birds represents more than 6 percent of the egg-laying hens in Iowa and more than 1 percent of the U.S. flock, meaning "there definitely will be some customers that will be impacted by this," Northey said.

Iowa was already among 12 states that have detected bird flu in poultry since the beginning of the year. The other states are Arkansas, Idaho, Kansas, Minnesota, Missouri, Montana, North Dakota, Oregon, South Dakota, Washington and Wisconsin.

The Agriculture Department has spent at least $45 million responding to the U.S. outbreak, including costs for testing, quarantines around infected facilities, and compensation for producers whose birds have been killed by the virus or culled. The figure does not include the cost to producers from the months of downtime in barns after infections have been detected.