Proponents of a single agency cite the inefficiencies and confusion caused by having the U.S. Department of Agriculture’s Food Safety Inspection Service (FSIS) and the Food and Drug Administration (FDA) both having jurisdiction of enforcing food safety. 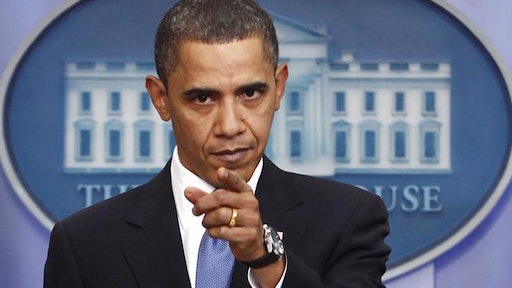 The President’s fiscal year 2016 budget proposal released on Feb. 2 includes the creation of a new single food safety agency, according to the Global Cold Chain Alliance. Recommendations for a single food safety agency have been made numerous times over the 20 years, but none has been successful. Proponents of a single agency cite the inefficiencies and confusion caused by having the U.S. Department of Agriculture’s (USDA) Food Safety Inspection Service (FSIS) and the Food and Drug Administration (FDA) both having jurisdiction of enforcing food safety. FSIS jurisdiction covers meat and poultry, while FDA covers all other foods.

The concept of a single food safety agency was debated during consideration of the Food Safety Modernization Act (FSMA), a time when many thought the chances for consolidation may have been at their strongest. While some Republicans have also shown interest in consolidation, the idea has generally been led by Democrats over the years. During the development of FSMA, the White House, Senate and House of Representatives were all controlled by Democrats. Despite having control of both chambers of Congress, language to create a single food safety agency was not included in FSMA.

Now, a few years into FSMA implementation, the proposal of consolidating food safety authorities is being revitalized. The proposal is included in the President’s budget request, and it is also the subject of the recently introduced Safe Food Act of 2015, led by Sen. Durbin (D-IL) in the Senate and Rep. DeLauro (D-CT) in the House. However, with Republicans now controlling both the House and Senate, it is far from certain that the effort will gain much traction.