Dutch-based group Triple20 is exploring drones to offer growers a technologically advanced method of detecting disease, and is now involved in several agro-tech developments in the country’s banana industry. 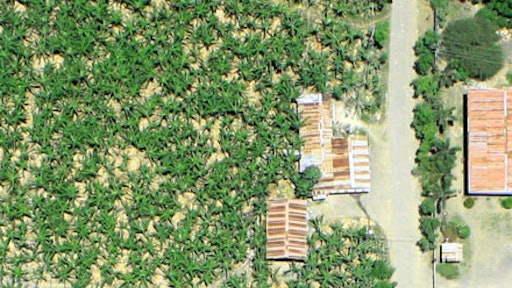 “The idea is striking – why not use flying camera systems to help farmers manage their farmlands in a more efficient way?” asked Philip Hansmann, Triple20 project development manager. “Using UAV in farming has become a real talking point in the agro-tech community and some say might be the ‘next big thing.’ And indeed, an increasing number of drones and camera systems with lighter, more robust and affordable components are becoming available. It seemed logical to research the potential of UAV for the crop that Triple20 knows best: bananas.”

Triple20 formed in 2011 as a follow on from Fresh Studio Asia, which was founded in the Philippines in 2005. Triple20 was established in 2011 as an independent consultancy company in Wageningen, the Netherlands, with a focus on international technology development. Building on its background in the Philippines, Triple20 is now involved in several agro-tech developments in the country’s banana industry, including DNA-based Panama disease testing with two laboratories in Mindanao.

“Diseases are the biggest challenge for the (banana) industry,” Hansmann said. “Next to the omnipresent Black Sigatoka, which destroys the leaves and consumes enormous resources, Panama disease is on the rise. Panama disease poses a permanent and fundamental threat if not contained properly.”

Hansmann said that while larger and more professional farms are better equipped to manage disease outbreaks, small farms in the Philippines are still struggling.