The ban is in response to a December detection of a pathogenic strain of H5N8 influenza in wild birds and in a backyard flock of guinea hens and chickens in Oregon, along with separate H5N2 HPAI detections in wild birds in California and Washington State. 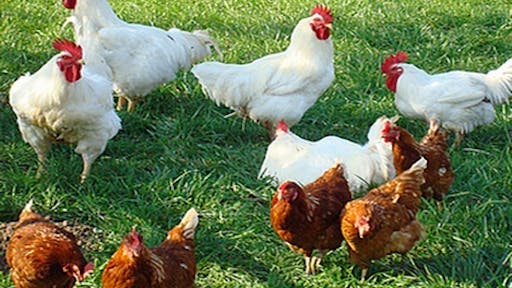 The Chinese government announced that it will ban all imports of U.S. poultry and egg products because of recent detections in the U.S. of highly pathogenic avian influenza (HPAI) in backyard poultry and wild birds in the Pacific Northwest, The U.S. Poultry & Egg Import Council reported.

In a joint announcement posted on official websites in China, the Ministry of Agriculture (MOA) and the General Administration for Quality Supervision, Inspection and Quarantine (AQSIQ) imposed nationwide restrictions on imports of processed and unprocessed U.S. poultry and eggs, effective Jan. 8. The ban also applies to breeding stock, which includes live chicks and hatching eggs.

The ban is in response to a December detection of a highly pathogenic strain of H5N8 influenza in wild birds and in a backyard flock of guinea hens and chickens in Oregon, along with separate H5N2 HPAI detections in wild birds in California and Washington State. MOA and AQSIQ imposed the restrictions despite assurances by the USDA’s Animal and Plant Health Inspection Service (APHIS) that the influenza virus has not been found in any commercial poultry flock in the U.S.

For China to impose a nationwide ban in response to isolated incidents of HPAI goes against international guidelines established by the World Organization for Animal Health (OIE). In its Terrestrial Animal Health Code, the OIE recommends that countries adopt a regionalized approach to HPAI incidents to minimize the impact on trade.

APHIS notified the OIE of the Oregon detection, as required. “USDA expects trading partners to respond to this reported detection according to the OIE’s science-based standards,” the agency said in a statement following the Oregon H5N8 detection.

The statement stressed that the virus was contained to the affected premises and has not been found in commercial poultry. APHIS also said that state and federal officials have increased ongoing surveillance of commercial poultry and backyard flocks in the Pacific Northwest.

The agency noted that commercial producers “follow strict biosecurity practices and raise their birds in controlled environments,” which lessens the possibility of an outbreak HPAI in commercial flocks, and that poultry is safe to eat if properly handled and cooked.

“There’s absolutely no justification for China to take such a drastic action,” said Jim Sumner, president of the USA Poultry & Egg Export Council. “In fact, these isolated and remote incidents are hundreds if not thousands of miles away from major poultry and egg production areas.

“Most all of our other trading partners have taken some sort of regionalized approach, and have limited their restrictions to the state or, in some cases, to the county,” he said. “We would have expected China to do the same.”

China’s nationwide restrictions could also have a negative impact on its domestic poultry industry, Sumner said. “Since the ban also includes U.S. breeding stock, China is cutting off its industry’s main source of hatching eggs and chicks, which will curtail the industry’s ability to replenish and maintain its production.”

Register
Discover the ways to implement supply chain risk mitigations, how to get started, what to do next and more.

Register
How do top companies protect their company and vendors from ransomware, cyberattacks and more? Discover the ways to implement supply chain risk mitigations, how to get started, what to do next and more in this upcoming webinar.