True Source is flagging Turkey due to increasing amounts of honey being shipped from that country at well below market prices. 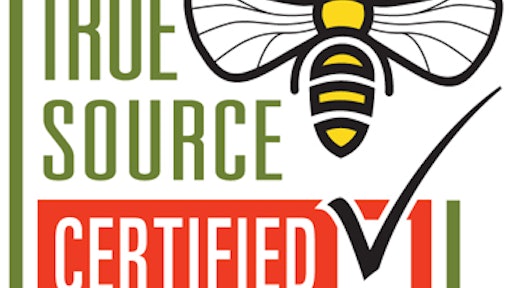 The True Source Honey Certification Program, whose mission it is to protect consumers, retailers and manufacturers from illegally sourced honey, has issued an alert concerning honey labeled as coming from Turkey.

The U.S. has had repeated problems with honey that is illegally shipped from China to avoid anti-dumping duties, the company notes. The quality and purity of this honey is also suspect since it is not sold according to regular protocols. Such honey has often been shipped through – and labeled as produced within – a country other than China. This illegal practice threatens the U.S. honey industry by undercutting fair market prices and damaging honey's reputation for quality and safety, the company notes.

True Source is flagging Turkey due to increasing amounts of honey being shipped from that country at well below market prices. This trend is similar to that observed in past circumvention schemes.

According to the U.S. Department of Agriculture (USDA), the U.S. imported more than four million pounds of honey from Turkey in 2013, or about 1 percent of the volume Americans consume each year. This volume from Turkey has increased almost 10-fold in three years. More importantly, Turkish honey that is exported to the United States is valued at $1.27 per pound when traded into the U.S. and at $2.13 per pound when traded into the European Union. Such a significant discrepancy in price based upon destination rather than origin is uncommon in the international honey market. U.S.-produced white honey is trading at $2.08 per pound, according to the most recently available data from USDA (September 2014).

“The leading indicator for circumvented Chinese honey is honey traded on the international market at rates substantially below the prevalent market value,” said Marks.

Marks also noted that U.S. companies should be aware of the risk of prosecution for customs fraud if circumstances indicate that they purchased honey knowing it had been illegally imported. Recent federal court cases suggest the federal government now expects that all U.S. users and distributors of honey imports have already implemented and are maintaining rigorous supply chain audit and inspection procedures as a matter of course.

A number of nations have been implicated in past circumvention schemes. In a 2013 press release associated with charges against two large U.S. packers, the U.S. Attorney’s Office, Northern District of Illinois, noted, “The honey was variously described falsely as sugars and syrups instead of Chinese-origin honey, and or as pure honey having originated in Indonesia, Malaysia, Mongolia, Thailand and Vietnam, instead of China.”

The True Source Honey Certification Program is an industry-supported, voluntary program established to combat the problem of illegally shipped honey. To date, there are no Turkish exporters that are True Source Certified. The program, which uses an independent third-party audit system, has been applauded by U.S. beekeepers and honey industry leadership because it provides traceability from hive to table, helping ensure the food safety and security of the honey used in North America. Companies that are True Source Certified now represent about one-third of honey sold in North America.

“Honey packers and importers that become True Source Certified are held to the highest sourcing standards – verified by outside auditors to ensure that all honey purchases are openly declared and that no illegally circumvented Chinese honey enters their supply chain,” said Marks.

The True Source Certified™ logo on honey packages ensures that honey has been independently certified.

Machine Learning Can Tell if Your Honey is Fake