India failed to distinguish between high-pathogenic bird flu that had not been found in the U.S. since 2004 and a low-pathogenic strain that had appeared in the U.S., so the WTO panel rejected the agreement on sanitary and phytosanitary measures. 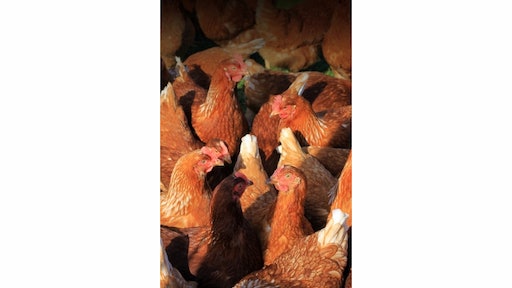 A World Trade Organization (WTO) dispute settlement panel has found that a series of food safety restrictions imposed by the Indian government on imports of U.S. poultry products was based on the inaccurate proposition that U.S. poultry was more likely to carry bird flu, according to attorneys Mark Anstoetter and Madeleine McDonough of Shook Hardy & Bacon LLP, an international law firm based in the U.S.

India failed to distinguish between high-pathogenic bird flu that had not been found in the U.S. since 2004 and a low-pathogenic strain that had appeared in the country, the WTO panel found, so it rejected the agreement on sanitary and phytosanitary measures, the lawyers claim. The U.S. initially challenged the import restriction in 2012 following complaints from chicken farmers accusing the Indian government of unfairly shielding its poultry producers from foreign competition, according to the lawyers. India has 60 days to challenge the panel’s findings, and if it does, the WTO appellate body will have 90 days to issue a report on the dispute, the lawyers note.

Cold Chain Blocking India’s Destiny To Be A Processing Powerhouse