The Co-operative reportedly plans to cut its losses and re-invest in smaller stores as a way to battle growing e-commerce competition. 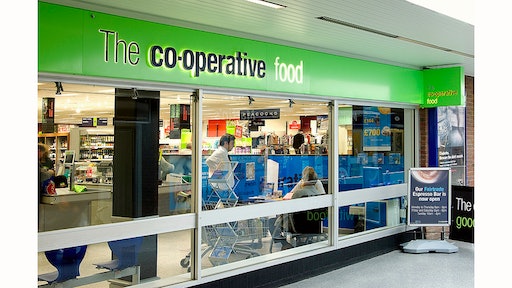 Last week’s report that British food retailer The Co-operative Food has scrapped its online grocery service should send a red flag throughout the food logistics community. According to The London Evening Standard, the retailer decided after one year that its online grocery service is unprofitable. The Co-operative reportedly plans to cut its losses and re-invest in smaller stores as a way to battle growing e-commerce competition.

The move demonstrates the difficulty food retailers have encountered trying to respond to the e-commerce challenge which is changing retail as we have known it. Logistics providers that want to strengthen their marketing positions have an opportunity to help retailers cope with this challenge. Logistics plays an important role in making e-commerce profitable for brick and mortar retailers.

Given what’s happening across the pond, where food e-commerce has evolved more than in the U.S., it’s a good bet that many retailers will be interested in getting as much information about omnichannel fulfillment as they plan ways to respond to e-commerce competition.

British retailers like The Co-operative have felt the squeeze from e-commerce competition more than their U.S. counterparts due to Tesco’s exceptional success as an online merchant.

According to British media reports, The Co-operative tested its online grocery service for a year and found it cannibalized in-store sales. The company has discontinued the service, but it still offers free home delivery for minimum orders of 25 British pounds (about $42 U.S).

Last week, The Wall Street Journal reported that shopper visits to brick and mortar stores have fallen by 5 percent or more every month for the past two years, a trend unchanged by the warmer summer weather. The article noted that shoppers are using mobile phones to study prices and cherry pick promotions.

Retailers recognize that while visits to brick and mortar stores are declining, consumer spending on groceries has increased as consumer confidence has recovered slowly from the recession. The recently-released U.S. Grocery Shopper Trends study from the Grocery Manufacturers Association reports that weekly grocery spending increased from 2006 to 2013 before posting a slight decline in 2014.

E-commerce still remains a small piece of the total retail pie, especially for the food and beverage sector. (According to the Grocery Manufacturers Association, only 8 percent of shoppers have ordered groceries online and 68 percent of Americans have not used any online tools as part of their grocery shopping.)

But e-commerce is growing. And retailers recognize there is opportunity to strengthen the loyalty of these customers through Internet communication.

A recent study of more than 500 leading North American retailers by Boston Retail Partners, a retail consulting firm, found that 93 percent of respondents are working toward unifying their operations so that they can serve customers in a consistent way whether they shop in stores, on websites or via mobile devices. Not one of the retail companies claims to have fully unified its operations, and only 22 percent say they had merged their channel teams into a single organization.

Retailers cannot move forward with e-commerce until they know they can verify inventory availability, pick and deliver a product in a limited time frame, maintain customer satisfaction, and do it all in a profitable manner.

Food retailers face more challenges than other retailers due to shelf life issues, which explains why online purchases represent a smaller portion of total food purchases than for retail as a whole.

In the U.K., retailers fulfill Internet orders from inventory in traditional brick and mortar stores. The downside for chain organizations is that not all stores in a chain stock the full product range. Another problem is the congestion it can bring to store environment.

In the U.S., the customer population is much less dense than it is in the U.K. Hence, the economics of servicing online orders is less favorable.

According to retail software observers, retailers will need to spend millions of dollars to enter the home delivery market, including building new fulfillment centers or dark stores, creating mobile and online apps, and overhauling technology systems to enable home delivery of orders.

It’s a tall order, to be sure. One that currently has the food industry in a tizzy.