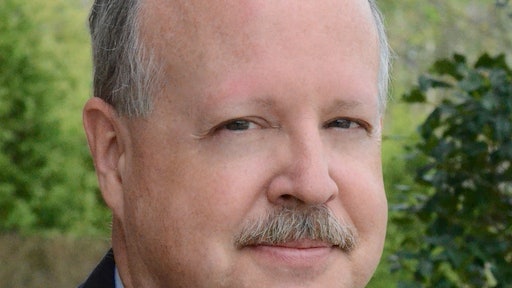 Terrorism is the long fight that will never truly go away, just perhaps be better controlled. We need to adjust to that reality. As we try to discern possibilities for the future, good or bad, two important caveats must be considered. First, trained jihadists are coming home from the battlefields in Syria and Iraq, and their support structure remains largely intact. Second, nation states are starting to come dramatically back into play. Russia, China, Iran and North Korea have been problems for the U.S. in the past. They will become even more so in the future.

Most food defense managers probably missed an article that appeared in Washington’s Top News a couple of years ago. The title (US official: ISIS has ‘people in place’ to conduct ‘steady’ attacks) was somewhat sensational, but the idea deserves attention. In the article, an unnamed “U.S. defense official” is quoted as saying that transnational terrorist attacks will likely remain steady, because the group has built a robust, redundant apparatus for conducting attacks. What’s more, the group has sympathizers around the world who will be able to continue producing the propaganda that underpins the ideology in Europe and elsewhere.

A lot of people would like to believe ISIS is dead and gone. In my line of work, however, I transcend several domains within the larger national context. I see data from many sources inside and outside the government. My conclusion is that the opinions that were expressed in the article are still accurate. Although terrorist groups are being hard pressed by police and militaries around the world, it is premature to assume our terrorist problems are over.

The massive tide of fighters into the contested areas of Syria, Iraq and perhaps even Yemen abated when the tide turned, causing many former fighters to return to their countries of origin. The threat from the Islamic State caliphate may have largely diminished, but make no mistake—the terror group remains a threat.

Overall, there appear to be multiple categories of ISIS members, the most familiar being those considered to be hard core, who have passed to the “dark side,” as well as the less strident, who can perhaps be more easily re-assimilated. The hard core ISIS members will likely remain largely irretrievable. Those on the fringe probably remained at the edges of jihadist violence and are far less likely to cross over and become violent. Often living far from the battlefield, these more amateur, unaffiliated sympathizers, sometimes described as “jihobbyists” or “eHadis,” nevertheless have helped “crowdsource” jihad in the past.

There is, however, a third category of sympathizer who participated in crowdsourcing propaganda activities but were also on their way to the “battlefield,” which in recent history has proven to be anywhere, from the streets of western Europe to a U.S. nightclub. These are perhaps the most dangerous of all of the categories of terrorist sympathizer, because they could be embedded in our society, in our critical infrastructures and schools, waiting for the right time to act to cause maximum effect. Remember the San Bernardino killers Rizwan Farook and Tashfeen Malik?

The trend over the last decade has been for the press to ignore many of the indicators of threats posed by adversarial nation states. The successful 2017 assassination of Korean leader Kim Jong-un’s brother Kim Jong-nam in the Kuala Lumpur airport, although relatively simple in its execution, showed a level of sophistication and pre-planning usually indicative of a nation state. The way in which the assassination was accomplished and the fact that others in the airport did not fall prey to the chemical provide indirect evidence that the chemical agent, whether VX or some analog, was likely stabilized with a carrier that prevented volatilization. That alone speaks volumes about the possibility of nation state involvement.

The larger issue with the assassination is that adversarial nation states have “reach-out” capability that less-sophisticated adversaries lack. Nation states have used such intimidation for hundreds of years, but the ease of international travel has dramatically expanded their range and speed. Expect more such assassination events in the future as adversarial nations attempt to tamp down political opposition. A nation state could also use such reach-out capability to intimidate other nation states by attacking critical infrastructures such as food and water.

The future will bring altogether new and continually evolving threats; the new reality is that the U.S. is in a permanent state of war, a new Cold War if you will, that under the right conditions could become hot. We must prepare and be constantly vigilant if we are to ultimately triumph.