Little is known about the results of Rhodesia’s chemical and biological war, but its low-tech approach and easily obtained ingredients is a warning in these uncertain times. 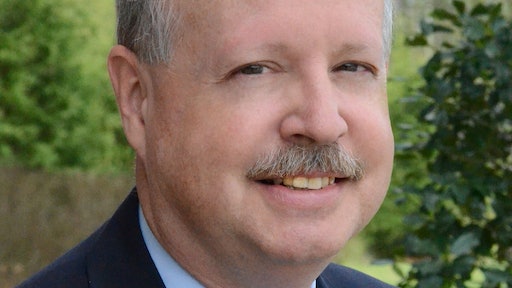 There once was a war in a faraway place called Rhodesia, in southern Africa. In that place, a government-sanctioned, clandestine chemical and biological warfare program targeted guerilla fighters and the agriculture that supported them. People and animals died. What happened there provides important lessons for food and agriculture defense professionals. A relatively recent somewhat obscure book, Dirty War–Rhodesia and Chemical Biological Warfare 1975-1980, by Glenn Cross, details these lessons.

Although little is known about the results of Rhodesia’s chemical and biological war, its low-tech approach, using easily obtained ingredients, is a warning in these uncertain times. Three lessons learned:

Complex environments can rapidly degrade, sometimes fomenting violence. Put into the modern context, think in terms of ISIS and North Korea and their conflicts with other nations. Both of these adversaries, like the Rhodesians, believe their cause justifies their use of violence. Your food corporation’s potential adversaries, whether individual or a group, are convinced they are righteous in targeting you. They might not care about the innocent lives that could also be lost. Adversaries totally lacking governors on their actions will stop at nothing and therefore cannot be convinced or persuaded to cease doing the bad that they are trying to do.

A disgruntled employee, for example, is not reacting to a single perceived slight, but instead is far more likely to be a cauldron of anger, resentments and jealousies built up over a long time, likely starting long before that person became your employee. A powder keg with a lit fuse may explode, and a disgruntled employee whose resentments are allowed to escalate may resort to violence. Food corporations have to act decisively when Human Resources (HR) matters arise or else risk situations that may endanger employees and the public, cause liability, or damage brand quality and the bottom line.

Agriculture and industrial chemicals can be used as chemical weapons. These include highly toxic warfarin and thallium (used in rodenticides), methyl parathion (a now-prohibited ingredient in organophosphate pesticides), sodium fluoroacetate (used in rodenticides and pesticides), cyanide, and arsenic. Because of their nature, these chemicals tend to be regulated or controlled, or at least draw government attention if bought or used in unusual quantity. Adversaries tend to want to use chemicals that are easily obtained as well as highly toxic, so they respond to this government surveillance by migrating toward less toxic but more readily available industrial chemicals, lubricants and cleaners. Be aware of chemicals on-site and how or where contaminants might be introduced into your food products, systems, and processes. And don’t think only in terms of industrial chemicals. Unlabeled ingredients are increasingly causing large-scale (read very expensive) recalls. Don’t let them be introduced, whether intentionally or accidently, into your food products.

Pathogens can be obtained from common sources and then weaponized. The Rhodesians allegedly obtained Vibrio cholerae (cholera), Bacillus anthracis (anthrax) and possibly botulinum toxin (botulism) from agricultural, environmental and medical sources and then developed them into biological weapons used to target guerilla forces and agricultural animals. Evidence related to these claims is scant and in some cases disputed. Whether all claims are accurate is immaterial; what matters is that persons with technical knowledge and access to relatively unsophisticated equipment were able to isolate and propagate pathogens that could cause illness or death. Trained individuals who are motivated to cause harm can be exceedingly dangerous. The largest documented bioterrorism attack on American soil occurred in 1984 in The Dalles, Oregon, when followers of Bhagwan Shree Rajneesh tried to influence local elections by contaminating salad bars in 10 restaurants with Salmonella. Be especially aware of any disgruntled employee who also possesses technical knowledge. Combined with access, this is a formula for tragedy.