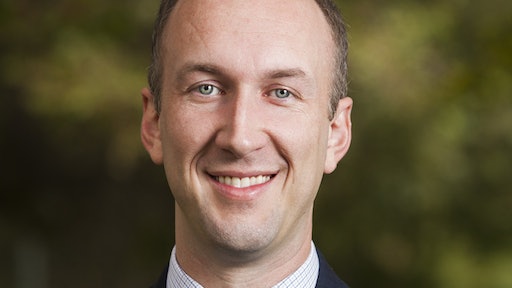 Josh Rolph is manager of federal policy for the California Farm Bureau Federation. He may be contacted at jrolph@cfbf.com.

We will soon be able to fully assess how the federal Food Safety Modernization Act might impact California agriculture—but the signs so far point to a sizable regulatory burden that outweighs any benefits.

Since December, when the last public comment was due, we have been awaiting U.S. Food and Drug Administration publication of final FSMA rules for processors and produce growers. FDA has published its final "preventive controls" rule for processors; the rule for produce is expected soon.

The FSMA is extensive in its reach and magnitude. Because it is so mammoth, the odds increase that regulations will be unnecessary and burdensome. It has been difficult for food safety experts, let alone the people regulated by the law, to keep up with and comprehend the many documents being published in relation to the rule.

FSMA granted FDA authority to create rules affecting produce growers, processors of human and animal food, importers, auditors, transportation and more. After all is said and done, FDA will have released almost 50 new regulations and hundreds of supporting documents totaling many thousands of pages. The final rule for processors, for example, runs 930 pages. Five more major regulations will be released in coming months.

We've been disappointed along the way that limits to FDA authority contained in the underlying statute have been ignored. FDA has consistently overreached in each proposed rule.

Take the proposed produce rule: The underlying FSMA statute grants FDA the authority to "establish science-based minimum standards." From what we have seen so far, FDA does not intend to follow either a science-based or a minimum-standards approach.

For example, the proposed water standard in the rule for growing and harvesting produce was based on an Environmental Protection Agency recreational water standard, yet FDA failed to make the case that the EPA standard would improve food safety. If FDA chooses to implement the water standard in the final rule, it could result in farms losing access to critical sources of irrigation water, and would require extremely high compliance costs on the farm.

We hope FDA follows our recommendation to create water guidelines in the produce rule, as opposed to a mandatory standard. It's better to examine approaches through the use of guidelines rather than falling on the sword of an unworkable standard.

Numerous standards to be enforced

And that's just the water standard. Additionally, FDA is expected to set mandatory, enforceable standards on soil amendments, hygiene, packaging, temperature controls, and the presence of animals in the growing area.

Despite that directive, FDA again chose the more expansionist path, which is to regulate all produce for human consumption, even when science demonstrates there are only a handful of fruits and vegetables at risk of carrying foodborne pathogens.

The FDA may be well-intentioned, but I believe the drafting of FSMA rules has been based on neither science nor logic, so far. Instead, the law, from its inception, has been largely political.

In the political arena, food safety has been a populist issue sometimes used more for political favor than to solve a real problem. It's tough to oppose a politician or agency when they claim they will make your food safe. And FDA has gained quite a bit since passage of FSMA: In just four years, its budget rose 45 percent and thousands of new personnel were added, after repeated calls for more FSMA funding and a little of the law has actually been implemented.

One way to gauge FDA's intentions is to look at the language it uses, for example in a recent news release on the processor's rule, where it noted that "an estimated 48 million people get sick each year from foodborne diseases … 128,000 are hospitalized, and 3,000 die." FDA continues to use these alarmist figures to justify imposing each new rule.

The FDA doesn't widely share the more accurate numbers for incidents linked to fruits and vegetables: an annual national average of 942 illnesses, 90 hospitalizations and two deaths. While any illness or death is one too many, justifying regulations with overblown statistics while diverting attention from the more accurate numbers is indefensible.

Farm Bureau policy states that government should play a role in a shared food-safety effort from farm to fork. We have long supported public-private partnerships such as the Leafy Greens Marketing Agreement. We oppose mandates—and FSMA amounts to a mandate for the federal government to get into the business of micromanaging farmers.

If the FDA had followed statute, we would not be nearly as concerned with the coming regulatory burden, but FDA chose a course toward far more regulation.

FSMA And Small Companies: Compliance Shouldn't Be An Issue