Mock Recalls Are the Real Deal

Successful management of a food recall comes down to preparation and practice. 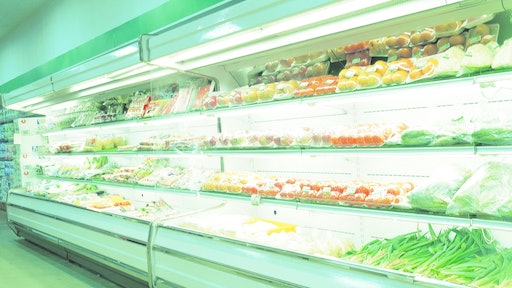 The mere thought of a food recall can elicit anxiety in industry executives and consumers alike. Yet, conducting mock recalls has become one of the most valuable exercises a company can undertake to prepare itself for what’s increasingly becoming a likely event.

Not if, but when

According to Mike Rozembajgier, vice president of ExpertRECALL, when it comes to the likelihood of a recall affecting a food-related company, the short answer is not if one will occur, but when.

There are several concurrent drivers in the marketplace that are increasing the probability of a recall event.

“In the past five years, there has been a measurable move by consumers to buy more locally produced food and to buy from small, artisan producers, which in theory has generated more food safety concerns,” says Rozembajgier. Smaller producers may not have the same level of expertise and resources as larger companies, including a professional staff, the latest technology, and more mature food safety programs, he explains.

At the same time, food imports are on the rise, says Rozembajgier, which heightens the concern over food poisoning.

“Three of the 10 largest multi-state food poisoning outbreaks in 2012 were linked to imported food,” he notes, and the FDA’s ability to inspect shipments is at capacity, to say the least. The ongoing globalization trend is only adding to the risk and exposure “as food companies continue to rely on various overseas vendors and sources for food ingredients.”

Not only is the chance of a recall event higher today, but so too is the fallout, adds Rozembajgier. There’s the disruption to business, loss of profit and damage to the brand, to begin with. And, with the Food Safety Modernization Act (FSMA) and other regulations coming online, the monetary penalties for non-compliance are not to be taken lightly.

The FSMA has also established a shift in the legislative approach to food safety, says Rozembajgier, “from focusing on prevention rather than detection and response.” This requires companies to have a comprehensive product tracking and tracing system in place, he says, which extends from documentation to logistics.

Food safety experts agree that conducting mock recalls are very useful in preparing a company for an actual recall event. So, how widespread is the practice?

“There are many manufacturers, including large CPG brands that are not conducting regular mock recalls,” observes Steve Dollase, president for supply chain at Inmar. Furthermore, “Retailers are involved in many recalls by virtue of the fact that they deal with products from many manufacturers, but most retailers do not conduct periodic evaluations of their recall processes.” The good news is that manufacturers and retailers alike are starting to use mock recalls as a way to prepare their organizations for the inevitable, he says.

When it comes to the essential building blocks for a mock recall, both Dollase and Rozembajgier are aligned on what’s important, such as putting together a designated, cross-functional team.

Rozembajgier suggests a company start by identifying the most likely recall scenario. “Then ask, ‘What could possibly happen?’ ‘How can we test our team’s responsiveness?’ ‘How can we determine the logistical flow of product, data and communication—the three critical components of the recall?’”

Inmar’s Dollase adds that, “Manufacturers and retailers should appoint a recall manager, a cross-functional recall team and document the recall chain of command, including decision-making process and authority and accountabilities.”

Dollase and Rozembajgier have each accumulated extensive experience in how to put together an effective recall plan, and they both emphasize the importance of testing it often.

As a general guideline, Rozembajgier advises companies to execute mock recalls every 12 to 18 months to identify any potential gaps and correct them. However, if a series of gaps are evident, “you don’t want to wait a full year to conduct a mock recall again,” he cautions. “Overall, it’s something that you want to make sure you’re doing on a frequent basis, that you’re taking action, and that you’re documenting it.”

In addition, it’s critical to look outside “your own four walls,” suggests Rozembajgier, “which means having conversations with your suppliers and understanding what plans they have in place relative to recalls and how often they’re testing them.”

Rozembajgier says there are a lot of “common denominators” when it comes to recalls, regardless of the industry. “Certainly, food recalls have an inherent sense of urgency, but in our experience a successful recall comes down to preparedness and the ability to respond in rapid fashion.”

For instance, “If you’re going to launch a food recall, make sure the appropriate Web site is up and the information is timely and accurate, and the phone lines are working and they’re not going to go down. And, if you launch a recall on a Friday, make sure it’s being monitored and that you’re responding accordingly as new information becomes available.”

Not surprisingly, both executives see the value in consulting with outside experts when companies initially develop their recall strategy, especially if the company has not encountered a recall previously.

“The benefit in using the services of an outside expert is the client company can work with someone who can tap into the experience we’ve acquired handling recalls for other industries,” says ExpertRECALL’s Rozembajgier. “We do thousands of recalls in all the major industries, whether it’s food, pharma, medical devices and so on, and there are lessons learned that we can apply to the food sector.”

Inmar’s Dollase concurs. “As part of the recall team, a third-party vendor like Inmar can help establish a plan for recall execution and compliance with governing regulatory requirements, as well as compliance monitoring and adverse event reporting. The less experience a company has with recalls, the more it can benefit from third-party support.”

He adds that, “A third party can help a quality team for continuous monitoring of GMP (Good Manufacturing Practices) within company facilities and those of its vendors. This may include a process that allows continual review of the information and resources available to quickly execute independent testing and research, if an issue is encountered. Moreover, partners like Inmar often provide rapid response field services for product withdrawal. Understanding how to best leverage these capabilities can be an integral part of a mock recall.”