Major Disruption in Food and Agriculture Expected Within the Next Decade

A new report predicts that by 2030 dairy and cattle industries will be replaced by modern equivalents that are higher quality and cost less than half as much to produce. 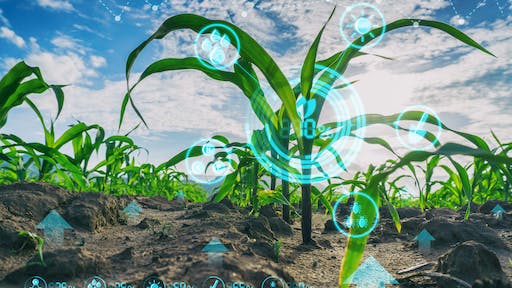 The report “Rethinking Food and Agriculture 2020-2030 -- The Second Domestication of Plants and Animals, the Disruption of the Cow, and the Collapse of Industrial Livestock Farming,” released by RethinkX predicts that by 2030 dairy and cattle industries will be replaced by modern equivalents that are higher quality and cost less than half as much to produce.

“Technology we call precision fermentation and a new production model called Food-as-Software are dramatically driving down the costs and driving up the quality of manufactured proteins,” says report co-author Catherine Tubb. “The industrial livestock industry is one of the oldest, largest, and most inefficient food-production systems in the world. Modern ingredients and foods are about ten times more efficient across the board – from land and water use to feedstock consumption and energy use.”

Technology and new business models are largely driving a disruption in the food and agriculture industry. For example, precision fermentation (PF) is a process that enables the programming of micro-organisms to produce almost any complex organic molecule. Due to rapid improvements in underlying biological and information technologies, the cost of PF development and production is dropping exponentially – from $1 million per kilogram in 2000 to about $100 today. Assuming existing technologies, the report projects that these costs will fall to $10 per kilogram by 2023-25, meaning PF proteins will be five times cheaper than traditional animal proteins by 2030 and 10 times cheaper by 2035.

The report details the way different parts of the cow and the markets they serve will be disrupted separately and concurrently by different technologies and business-model innovations that overlap, reinforce and accelerate one another.

“The key to understanding the disruption of the cow is that PF only needs to disrupt 3.3% of the milk bottle - the key functional proteins - to bring about the collapse of the entire cow milk industry. This is a B2B disruption, not just a simple one-for-one substitution of end products, and does not hinge on changing human behavior,” said Seba. “PF proteins are already being produced commercially. Costs are decreasing exponentially while quality and variety increase exponentially. The industrial cattle farming industry will collapse long before we see modern technologies produce the ‘perfect’ cellular steak at a competitive price.”

Highlights of the report findings include:

Meanwhile, the new report also focuses on the food industry and how the same technology is poised to disrupt and blur the lines that separate food, cosmetics, healthcare and materials. The sheer scale of this market opportunity will create a virtuous cycle, attracting talent and investment, increasing research and development, improving products and processes and inventing new ones, accelerating market growth, driving down costs and speeding up adoption.

“This disruption is inevitable,” says RethinkX co-founder Jamie Arbib. “The positive impacts – from food security to climate change – are profound. But policymakers, investors, businesses, and voters have some power over this disruption’s speed, scale, impacts, and who benefits. One of the first and most critical decisions is to ensure an open market place. Will this be a market that promotes openness, transparency, and competition? Or will it be a market — like the pharmaceutical industry — dominated by a few monopolies with the power to restrict or prevent the realization of the enormous economic, social, and environmental benefits?”