JBS USA was awarded more than 26 percent of the $300 million the USDA has allocated to pork to alleviate the impact of the ongoing trade war, receiving more funding than any other company. 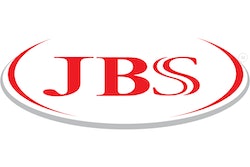 Brazilian-owned meat processing company, JBS USA, was awarded more than 26 percent of the $300 million the USDA has allocated to pork to alleviate the impact of the ongoing trade war. JBS received more funding than any other company.

However, some farmers are arguing that awarding contracts to JBS goes against the purpose of the program that is intended to help U.S. farmers and ranchers hurt by trade disputes.

JBS bid 33 percent less on the contracts, despite it being the world's largest meat producer. The company's facilities in Minnesota, Iowa, Illinois and California have all won trade mitigation contracts with the USDA.

Farmers are arguing that the company's size allows it to offer such low prices. In addition, critics are saying it's not fair that the government is bailing out companies that aren't based in the United States.

Meanwhile, secretary of agriculture Sonny Perdue defended the pruchases saying, "JBS is a Brazilian company operating in the United States, buying product from U.S. farmers. What we do through these companies — it’s not to help the companies — they offer a bid to us based on buying U.S. farmers production. This helps U.S. farmers by supporting prices.”

“We operate U.S. pork plants, processing American hogs raised by U.S. farmers — the true program beneficiaries,” said Nikki Richardson, a spokesperson for JBS USA. “Like other companies in the program, our sole intent for participating was to support U.S. producer prices and help our American producer partners. It was not a bailout.”