Dairy farms in Ohio are being forced to close or liquidate due to low milk prices. 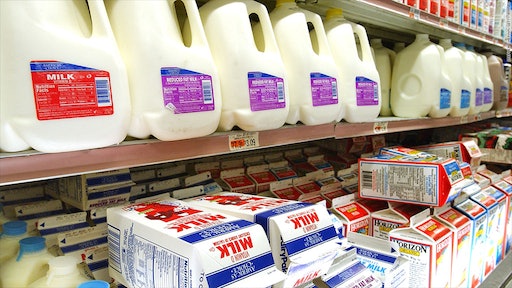 Demand for milk is outsourcing the amount of dairy farms worldwide. Four years ago, farmers were making heavy profits from the sale of milk, but now the situation is reversed.

In northwestern Ohio, low milk prices are causing dairy farms to close or liquidate a large portion of their herds. Currently, at least 10 dairies have reduced their herds over the last year.

According to the state Department of Agriculture showed Mercer County had 121 dairies six years ago and now only has 89. Auglaize county has 35 compared to 58 that was then reported. The Modesto Bee reports that the state saw a drop in 59 licensed dairy farms over the past five months.

In order to remain profitable, smaller dairies have had to increase their size. However, the investment is too much of a risk.

Agriculture officials are expecting more dairies to close in the future.

Supply chain editors sit down with Terry Esper, Associate Professor at The Ohio State University to talk how e-learning could potentially impact the next generation of supply chain professionals.
September 15, 2020
Follow Us