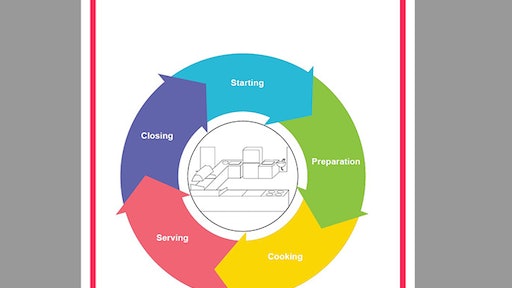 The day cycle, as depicted in the new food control plan draft.

The government is proposing changes to improve the written plans it provides for businesses to manage food safety.

The plans—called template food control plans—are used by businesses like restaurants, cafes and delis to comply with the Food Safety Modernization Act (FSMA), which came into effect March 1, 2016.

MPI food and beverage manager Sally Johnston says since the law came into effect last year, they have been asking for feedback from food businesses.

“The new plans are based on what businesses have told us would work better for them. The new plans don't change the rules. But they are shorter, simpler and easier to get to grips with.”

For more details about the plans, continue reading here.