Food and beverage companies would be wise to build the possibility of higher fuel costs into their expense forecasts for the next several years. 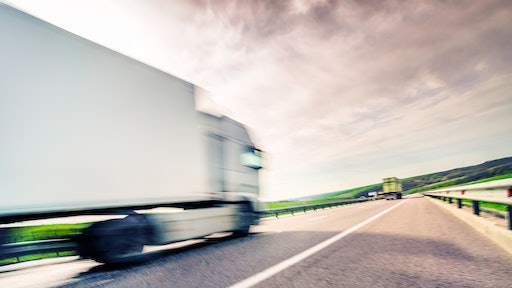 In a time of cost trimming and zero-based budgeting, every penny counts, and volatile costs can be devastating. On any given day, fuel prices can create significant fluctuations in total freight costs, but state-level fuel tax changes can create longer-term cost disruptions. Several states have already announced or implemented substantial diesel tax increases in 2017.

Seeking ways to fund infrastructure repair and development, states are increasingly looking at fuel taxes. At the federal level, fuel taxes have not increased since 1993, and some states have not addressed them at the local level for as long or longer. The reduction in purchasing power with existing tax rates, combined with more fuel-efficient vehicles and growing populations, has led to infrastructure revenue difficulties.

With this background, it may not be surprising that states as politically diverse as Montana, West Virginia and New Jersey are choosing to boost their gas and diesel taxes this year. Yet, none of these will have as much of an impact on the food and beverage industry as the upcoming increase in California. Legislation passed in April indicates that diesel trucks filling up in California after Nov. 1 will discover a significant tax increase as the base diesel fuel excise tax will rise 20 cents a gallon, to 36 cents.

In addition to this excise tax change, the existing 1.75 percent tax on diesel fuel will also rise considerably, to 5.75 percent. In total, the combination of excise and sales tax increases will bring the total state-level diesel taxes to roughly 70 cents per gallon, with additional variability based on local tax structures. Using the U.S. average class 8 fuel efficiency of 6.4 miles per gallon (recently used in Run on Less - NACFE), a class 8 truck will pay an additional $1,000 in California excise tax for every 22,000 miles it operates within the state. The net effect of these tax hikes is that California will go from the seventh-highest taxed state in the United States up to second, behind Pennsylvania.

The move toward fuel tax increases to support infrastructure maintenance and construction has fairly broad support across the business community, with the United States Chamber of Commerce noting, “America’s infrastructure, however, needs a lot of work. If the United States intends to stimulate economic growth by producing more, exporting more, and selling more, then businesses need a physical framework to accommodate increased productivity. For example, delivery companies could make 15 deliveries per hour—up from 10—with infrastructure improvements.”

Yet, as understandable as some of these fuel tax increases may be, they are likely to be seen as another hurdle to overcome in food logistics. Since many food and beverage companies are operating with single-digit margins, any additional pressure on costs could be difficult to take on. Some processed food companies are going to extremes to cut costs, such as counting the number of pages workers at headquarters print each month, among other measures. On the distribution side especially, fuel costs and wages can make up almost two-thirds of overall costs. In all, shippers should expect an increased expense of 4-5 cents per mile due to the changes in California, and these costs can add up quickly.

There is a backlash to the new California taxes coming from some quarters. A member of the state Assembly and aspiring GOP gubernatorial candidate, Travis Allen, has launched a repeal initiative. It remains to be seen how this effort will play out, or whether it is able to gather the required 365,000 signatures to put the measure before voters. Until further notice, however, this tax will be the law of the land.

For food shippers in particular, it is important to note that diesel-powered generators on reefer trailers will remain exempt from most fuel taxes. But, with the cost difference between on-road and dyed diesel growing ever larger, it will be more important than ever to understand the true costs of fuel. Correspondingly, it will be crucial to separate out the dyed fuel burn rate from road diesel usage for each movement. A comprehensive fuel management program can help in this regard, and a sound approach to accounting for these tax changes includes a fact-based reimbursement strategy for fuel costs, including tax implications in California and across the United States.

Some Potential Benefits for Food Distribution

There may be a silver lining for food and beverage companies when it comes to states’ increased commitment to fund road, bridge and port improvements. Today’s ports are overloaded, dealing with ever-higher capacity cargo vessels, and processing ships more slowly than ever before. That’s bad for an industry that burns fuel every minute to regulate the temperature of containers. Faster turns at the port may eventually lead to reductions in fuel spend and emissions.

Of course, road congestion is a cost sink for distribution companies as well. According to a recent study released today by the American Transportation Research Institute (ATRI), ttraffic congestion on the U.S. National Highway System (NHS) added over $63.4 billion in operational costs to the trucking industry in 2015. Utilizing a variety of data sources, including its unique truck GPS database, ATRI calculated delay on the NHS totaling more than 996 million hours of lost productivity, which equates to 362,243 commercial truck drivers sitting idle for a working year.

It remains to be seen which states will continue the trend and raise their fuel taxes in 2018. In 2016, six states hiked their diesel rates, then 13 more moved this year. Will more follow suit in 2018, as pressures to improve infrastructure grow greater? Only time will tell, but food and beverage companies would be wise to build the possibility of higher fuel costs into their expense forecasts for the next several years.