While refrigeration slows the growth of pathogenic bacteria, certain types of bacteria can grow at low temperatures. Supplementing those best practices with UV light technology can effectively kill pathogens throughout the supply chain. 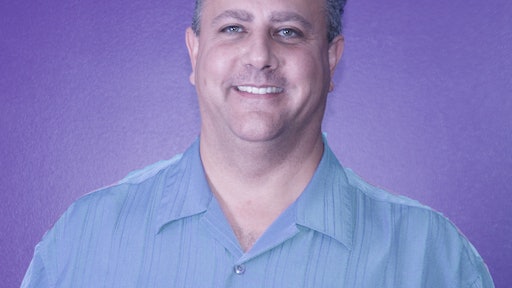 The Food Safety Modernization Act (FSMA), which was signed in 2011, drastically overhauled the United States’ food safety practices throughout the supply chain, from farms growing fresh produce to facilities processing food for people to eat, as well as shippers and carriers hauling temperature-sensitive foods. By enacting FSMA, the government signaled a shift from reacting to contamination to preventing it.

For the transportation industry, FSMA means temperature-sensitive foods must remain within specified safe temperature ranges during transit. If the temperature climbs over the safe temperature of 40 degrees, these foods can quickly grow bacteria and become contaminated, meaning the entire load is wasted and the supplier or purchaser loses revenue.

Food Safety in the Supply Chain

Outbreaks due to bacteria, such as listeria, show the need to protect against bacteria at every step in the food production chain, not just during transport. If contamination happens early in the supply chain, the outbreak can easily become widespread. For example, a possible listeria contamination at a California vegetable packing plant sparked a major recall of packaged vegetables at major retailers across the United States and Canada in October of 2017. In this instance, a misstep early in the manufacturing process likely led to contamination, something refrigerated trailers couldn’t protect against.

Refrigeration slows the growth of pathogenic bacteria, as long as the food is stored properly under 40 degrees. When pathogenic bacteria have nutrients, moisture and favorable temperatures, they can grow rapidly, sometimes doubling in number in as little as 20 minutes. Pathogenic bacteria, which typically don’t affect the taste, smell or appearance of a food, can cause foodborne illness. A refrigerated trailer set at 40 degrees or below will protect most foods in transit from this bacteria.

While refrigeration slows the growth of pathogenic bacteria, certain types of bacteria can grow at low temperatures, such as the bacteria that cause food to spoil. While spoiled foods develop off or bad tastes and smells, they’re usually still safe to consume.

In most cases, but not all, refrigerating or freezing food is sufficient to suppress the growth of disease-causing bacteria. For example, some bacteria, such as the bacteria that cause listeria, actually thrive in cold temperatures, and if present, will multiply in the refrigerator and can cause illness. Additionally, if food has already been contaminated, being properly refrigerated during transportation is useless in preventing further contamination.

While following proper food handling and storage rules is typically sufficient for preventing contamination throughout the supply chain, sometimes it just isn’t enough. A single misstep can lead to a multi-state foodborne illness outbreak and food recall.

Supplementing those best practices with UV light technology can effectively kill bacteria, fungi, mold and viruses throughout the supply chain. Technology featuring powerful, broad spectrum, pulsed Xenon light, including UV-C, UV-B, UV-A and violet-blue light ,has been proven to effectively kill key pathogens that cause foodborne illnesses, including E. coli, Salmonella, listeria and Norovirus. The technology can easily be installed at any point in the supply chain, providing an extra layer of support against foodborne illnesses.

With the implementation of FSMA, preventing foodborne illnesses and contamination is on everyone’s minds. While following food safety best practices is typically enough, there can be breaks in the supply chain leading to possible contamination. Combining those best practices with the most advanced technology to help battle the spread of bacteria and disease is the best solution for all points in the supply chain.

In 2022, it only took the first seven months of the year, setting this up to be a record-breaking year for product recalls by number of units.
Sedgwick
August 23, 2022
Follow Us