Two years after food shipments to West Coast ports slowed, the U.S. agriculture industry is hopeful that early contract discussions will not result in a similar scenario in 2019. 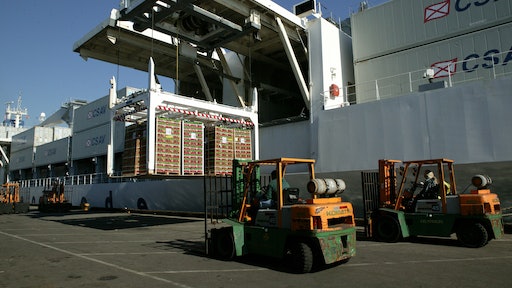 Two years after food shipments to West Coast ports slowed, the U.S. agriculture industry is hopeful that early contract discussions will not result in a similar scenario in 2019, according to an article in the September Food Logistics.

“The ability to move products at all came to a halt entirely in 2014 and 2015 because of the West Coast port shutdown, resulting in millions of dollars in lost revenue for state growers,” according to Chris Cargill, the East Washington director of the Washington Policy Center, an independent research organization in Washington State. “Fresh fruit and vegetables rotted at the 29 ports along the West Coast during the strike. Washington state apple growers alone estimated they lost nearly $100 million. Other Washington farmers and growers were hurt as well, as their products became worthless while awaiting shipment.”

Teams need to be staffed, trained and ready to unload shipments at distribution centers and warehouses, stock shelves, manage the inventory, take orders and pick and pack for delivery.
LGC Hospitality
August 20, 2021
Follow Us