After the ILWU failed to adhere to the new dispatch procedures for vessel operations, the PMA took the matter to an area arbitrator who ruled that ILWU officials and dispatchers took a unilateral action in violation of the agreement with PMA. 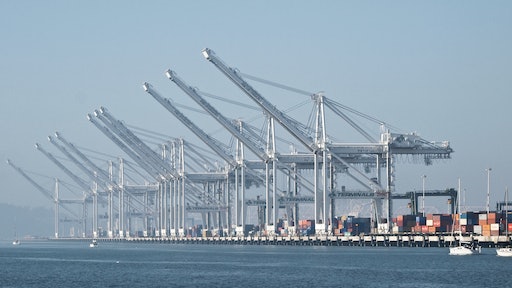 Despite reaching a new agreement in the protracted 2014 negotiations with the Pacific Maritime Association (PMA) on a dispatch procedure for Sunday and holiday operations at the Port of Oakland, ILWU Local 34 officials decided not to honor the agreement. Instead, the union officials refused to dispatch workers for the second shift on Sunday, causing a shutdown of terminal operations at the Port of Oakland, PMA reported.

The ILWU’s work stoppage occurred after the PMA informed Local 34 officials on Wednesday, May 27, that the new dispatch process would be put in place beginning with the second shift on Sunday, May 31. Its implementation was initially scheduled for the prior weekend but was postponed to the 31st by mutual agreement so as not to complicate dispatch during the Memorial Day weekend.

After the ILWU failed to adhere to the new dispatch procedures for vessel operations for the second shift on Sunday, the PMA took the matter to an area arbitrator who ruled that ILWU officials and dispatchers took a unilateral action in violation of the agreement with PMA. The arbitrator further instructed the ILWU to accept and dispatch employers’ labor orders. The arbitrator also ruled that the ILWU reneged on an agreement to work around the dispute.

This is the third work stoppage caused by the ILWU in Oakland in just over a week. By sanctioning illegal work stoppages, the local ILWU leaders are not just violating the new contract, but are disrespecting the truckers, local residents and small businesses whose livelihoods depend on the efficient and reliable movement of cargo through the port.

“The ILWU in Oakland has a long history of taking unilateral actions that disrupt ongoing cargo operations,” said PMA spokesperson Wade Gates. “We have a new coastwise contract in place that was recently ratified by both parties, a new understanding in Oakland on dispatch and an arbitrator’s ruling finding the ILWU in violation of that new understanding. It’s time for the ILWU leaders in Oakland to recognize these facts, follow the provisions of the new agreement and join us in regaining the shipping community’s confidence in West Coast ports.”

The PMA reports that labor orders were properly processed for the first shift on Monday, and operations at the Port of Oakland are currently normal.